CHARLESTON, W.Va. — On Thursday, two Democratic members of the West Virginia House of Delegates introduced an amendment to a bill on drug classification that would have rescheduled marijuana as a Schedule IV, instead of a Schedule I, drug.

The change would have acknowledged that marijuana has medical uses.

After an, at times, emotional two-hour debate, during which delegates shared stories of ill constituents who pleaded with them to pass medical marijuana legislation, the amendment failed, 64-35, with one delegate not voting.

House leaders have shown little inclination to allow debate on medical marijuana legislation over the years.

Former Delegate Mike Manypenny, who spearheaded efforts to legalize medical marijuana during his time in the Legislature, said he recalled “minor debate” on the issue in years past, but “nothing like what happened today.”

And medical marijuana bills sponsored during the past two legislative sessions have been triple-referenced to three committees (many bills have been sent only to one committee before they were moved to a full debate), and have not been placed on the agenda in any of those committees.

Delegate Larry Rowe, D-Kanawha, who urged support for the amendment, called it a “historic day.”

“I’m just surprised to be in this room and hear this debate,” he said. “In all my years, I haven’t seen it.”

Delegate John Shott, the House Judiciary Committee chairman, accused the delegates who introduced the amendment of pulling a “political stunt” and cavalierly trying to bypass the committee process.

Twenty-eight states and the District of Columbia have legalized medical marijuana. But those states, according to the National Conference of State Legislatures, enacted “comprehensive public medical marijuana and cannabis programs,” which include the establishment of systems for accessing marijuana through dispensaries and other guidelines.

The amendment, sponsored by Fluharty and Isaac Sponaugle, D-Pendleton, simply would have reclassified the drug.

Shott, R-Mercer, argued that, if delegates bypassed “deliberative, cautious steps,” they would “really have earned the label blockheads,” referring to a comment by Gov. Jim Justice.

“I think we’re sowing the seeds for a lot of confusion here,” he said.

Several delegates questioned how patients would access the drug. Fluharty, in a phone call after the meeting, pointed to the medical marijuana bill sponsored by Delegate Mike Pushkin, D-Kanawha, that would address those concerns and remains stalled in the Legislature.

“This stuff’s been kicking around down here for six [or] seven years,” he said. “You can’t even get a vote.”

Several lawmakers spoke about constituents who feel ashamed when they use an illegal drug for medicinal purposes.

According to a January 2017 report by the National Academies of Sciences, Engineering and Medicine, there is conclusive or substantial evidence that cannabis is effective for the treatment of chronic pain, chemotherapy-induced nausea and vomiting, and relieving symptoms of multiple sclerosis.

Delegate Mike Caputo, D-Marion, grew emotional speaking about two people, one his best friend who died of cancer, as well as a former miner in hospice care. The miner told him he “didn’t have much longer to live,” and, “if you ever have an opportunity to legalize marijuana for medical purposes, I would appreciate you casting your vote in favor of that, because I have to buy it illegally, and I’m ashamed of that.”

“When have we ever been afraid to stand up to the federal government?” Hill said.

Justice to call special session in May

By ANDREA LANNOM The Register-Herald BECKLEY, W.Va. — Saying it’s not about taxes or “living within our means,”…
byDon Smith 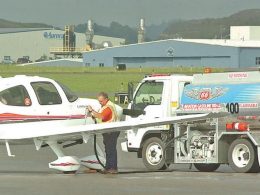 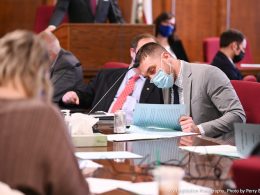 By David Beard, The Dominion Post MORGANTOWN, W.Va. – The House Judiciary Committee on Monday approved a resolution to…
byErika Diehl