West Virginia’s lone federal Democrat raised more than $900,000 in campaign contributions, leaving him with $4.1 million in the bank, according to a news release from the campaign.

In Attorney General Patrick Morrisey’s first reported quarter of the race, he raised roughly $672,000, leaving him with $548,000 in cash on hand, according to a news release from his campaign.

Lagging behind the two, Rep. Evan Jenkins, R-W.Va., received roughly $220,000 in contributions, leaving him with $1.26 million on hand, according to data from the Federal Election Commission.

In a follow-up email, Manchin’s campaign manager, Patrick Devney, said the senator has not taken out any loans for the campaign.

A spokeswoman for Morrisey would not respond to inquiries about whether he has loaned his campaign money, as he has in the past.

Andy Sere, a spokesman for Jenkins’ campaign, said the team still has more cash on hand than Morrisey.

He said despite the gap, the Jenkins campaign has enough in its war chest to get its message out to the public, and the candidates will determine the outcome, not their FEC numbers.

“While we have more than twice the money that he does right now, I don’t think money will determine the outcome of this primary even if his campaign has spent as much money as us,” he said. “I’d call this race a high-information primary, in which each candidate will have more than enough money to communicate a message. I think that the message is what’s going to determine this primary. We feel very good about the position we’re in financially to tell the story that we want to tell.”

Though Morrisey’s spokeswoman declined to answer whether he loaned the campaign any money, he has done so in his two races for attorney general.

He loaned his 2012 campaign $1.44 million, according to his post-general election campaign finance disclosure.

He then loaned his 2016 campaign $528,000, according to the same report filed after the election.

While Steve Bannon, the Breitbart News executive chairman and former adviser to President Donald Trump, has allied himself with Morrisey, he appears to be at odds with key Breitbart funders.

FEC reports for the quarter are due by Oct. 15 and can take roughly a week to upload to the website. 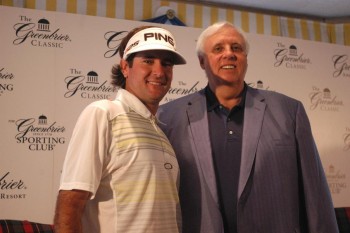 Around the Rotunda: Legislative, committee schedule for Monday, Jan. 29

State Auditor makes plans in case of a government shutdown

By ANDREA LANNOM The Register-Herald CHARLESTON, W.Va.  — The West Virginia State Auditor said he is making preparations to…
byDon Smith