CHARLESTON, W.Va.  — The bulk of the development from a proposed deal from a Chinese company to develop West Virginia’s natural gas resources is expected to take place along the Ohio River basin, state officials said Monday.

Gov. Jim Justice and Commerce Secretary Woody Thrasher held a press conference Monday at the state Capitol in the Governor’s Reception Room to discuss the recently announced plan by Shenhua Group Corp. to invest $83.7 billion to develop the state’s natural gas resources over the next 20 years.

”We are truly on our way,” Justice said. ”We are doing what I truly believe is the right thing for our citizens and it gives us hope, jobs and gives us real life. What an incredible day it is for West Virginia.”

Thrasher, in the presence of President Donald Trump and China’s President Xi Jinping, recently signed a memorandum of understanding with Shenhua Group Corp., one of the largest energy companies in the world, that calls for the company’s proposed $250 billion investment in the U.S. with West Virginia set to receive one of the largest portions of that investment.

The company has already been in a 10-year relationship with the West Virginia University Energy Institute. 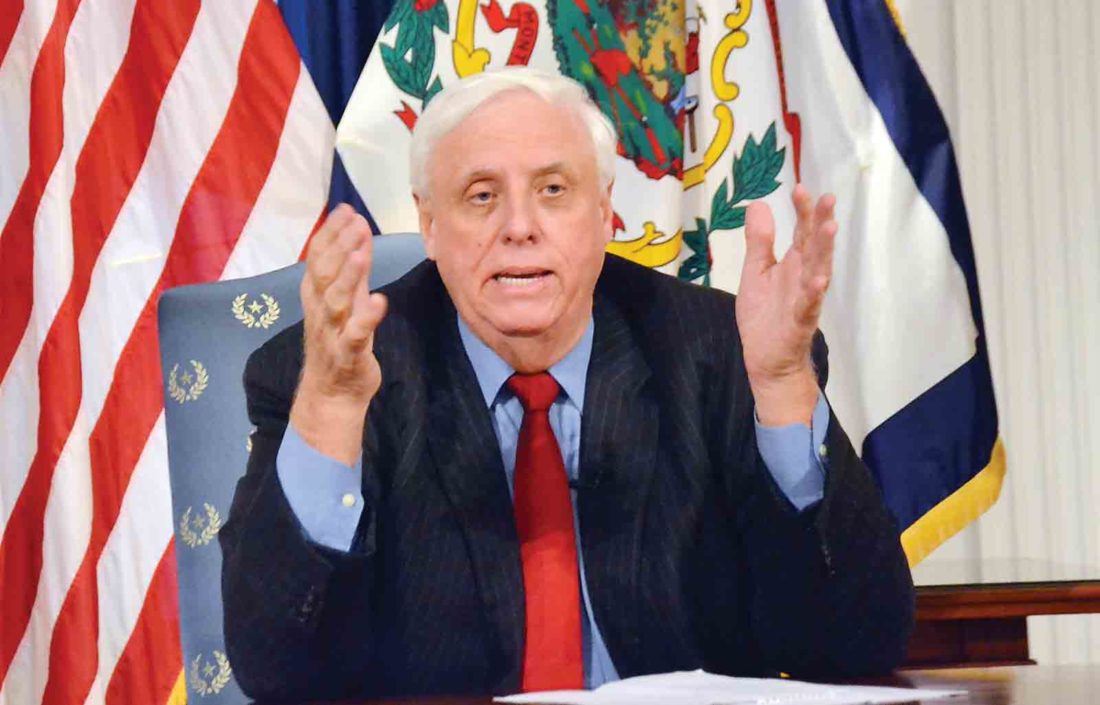 Gov. Jim Justice talks about the potential benefits for West Virginia following the recent announcement that a Chinese energy company is planning to invest $83.7 billion to develop the state’s natural gas resources over the next 20 years, during a press conference at the state Capitol Monday morning. (Photo by Brett Dunlap)

Officials with Shenhua visited the state and saw sites and discussed possibilities.

However, it looked like the deal might slip away to projects in Texas and other states with West Virginia not being mentioned publicly, officials said.

Officials organized additional meetings with the representatives of Shenhua, at Justice’s urging, which resulted in the agreement that was recently announced.

”West Virginia’s position on those projects has once again been elevated to the very top of that list,” Thrasher said in thanking the governor for his efforts. ”We need to thank the governor … for making sure West Virginia was not left behind.” 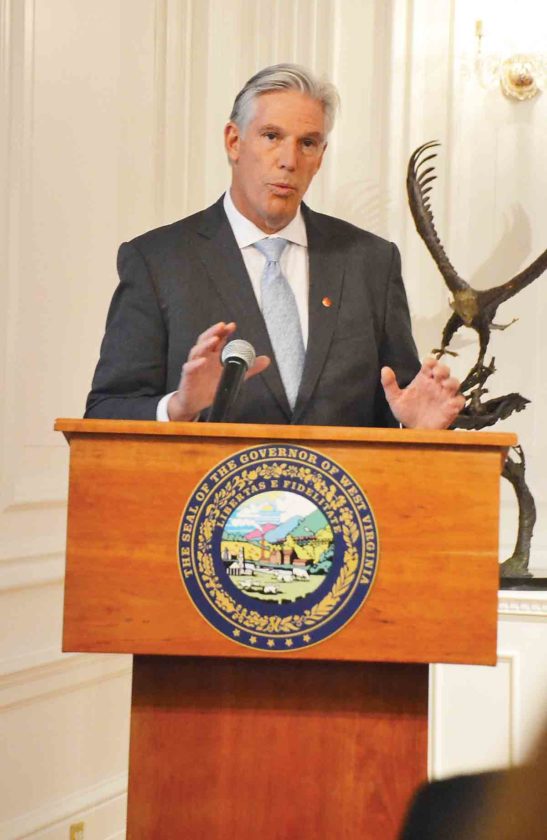 West Virginia Commerce Secretary Woody Thrasher talks at a press conference Monday about how development by a Chinese energy company in West Virginia will be focused along the Ohio River basin. (Photo by Brett Dunlap)

”He really can help West Virginia and he is doing it right now,” Justice said. ”For once, West Virginia is not standing there holding the bag with nothing in it. ”We have a real opportunity now.”

The memorandum of understanding is the start of everything.

”Business deals start with MOUs,” Thrasher said. ”This is the beginning of a business deal and there are a lot of legs to it.”

However, large support industries could be developed in other parts of the state.

”I believe it will have a significant impact in our state, every corner of it, and the surrounding states,” Thrasher said. ”This is an enormous initiative that will impact the whole Mid-Atlantic region substantially.”

Work on some of these sites could begin soon.

”I believe in the very near future, this time next year, we will see construction activity taking place,” Thrasher said. ”I think this is not some vague point in the distance. It is specifically laid out in terms of timetables and schedules.

”They will become clear to everyone. There will be a schedule. We should see quick action in moving these things forward.”

Thrasher and Justice said this development will not be detrimental to the state’s coal industry.

”We are going to protect our miners in every way, shape and form,” Justice said. ”We want to expand our coal industry.”

With the resources and technology available from the Chinese to turn coal into chemicals, the projected increase in manufacturing from this investment will increase the demand for electricity and will create a greater demand for coal, he said. The resources extracted will be made into products China will buy, Justice said.

”It is using our energy here to make something and that we have a real live market for,” Justice said.

”It is taking that raw material we have from the Marcellus and Utica Shales,” he said. ”When you take out the energy portion, what you are left with is natural gas liquids which are the building blocks of the entire manufacturing sectors of polymers and plastics.

”What we have in West Virginia is the opportunity at our fingertips is a once-in-a-lifetime where those liquids we have in our region are the lowest cost raw materials on the face of the planet,” Anderson said.

It is a matter of taking those materials and manufacturing things used by consumers everyday, from diapers to toys to plastic bottles to automotive parts and more, Anderson said.

”We can insert ourselves into the value chain of the entire manufacturing sector,” he said.

As a result of those, industry across the state will benefit as will the people of the state as money will be generated to go into state services such as education, veteran services, disabled services and more, the governor said.

”It can be distributed everywhere,” he said.

For years, the state’s coal severance tax benefited parts of the state that did not have coal, Justice said. He sees the same thing happening with this investment.

”This will branch through every part of us,” the governor said.