Jury unable to reach verdict yet in Morgantown exec’s trial; to resume today

If he’s convicted, Laurita, who has pleaded innocent, likely would face no more than a total of 5 years in prison because the court would group the counts for the purpose of sentencing. In the event of convictions, the sentence also would depend on how jurors answered questions involving the amount of money.

Editorial: Cracking down on ‘pill mills’

From the Wheeling News-Register: One might have thought a pharmacy in Boone County, W.Va., that for a decade…
byDon Smith 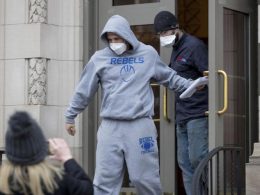 By MATT COMBS The Register-Herald BECKLEY, W.Va. — The Communication Workers of America (CWA) in West Virginia and Virginia…
byDon Smith