CHARLESTON, W.Va.  — Various tax reform bills have hit brick walls of opposition this session, but the House of Delegates is taking one more shot with four days remaining.

In a narrow vote, members approved a Finance Committee amendment to SB 484 on April 4. The amendment follows the lower-the-tax-broaden-the-base philosophy often discussed during tax reform meetings the past two years.

SB 484 was on second reading, the amendment stage, and the Finance amendment rewrites the bill.

Starting July 1, 2018, it reduces the 6 cents per dollar sales tax to 5.5 cents. A year later, it falls to 5.25 cents. Starting Aug. 1, 2020, a fiscal trigger kicks in based on current fiscal year (FY 2017) benchmark sales tax revenue, factoring in Consumer Price Index increases. The reductions end when the sales tax reaches 4.75 cents per dollar.

To broaden the base, various services now exempted would be taxed. 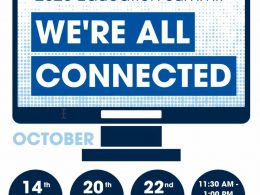 Staff report The Herald-Dispatch HUNTINGTON, W.Va. — For the past three years, the city of Huntington has been…
byDon Smith

By JESS MANCINI The Parkersburg News and Sentinel PARKERSBURG, W.Va.  — Construction will start around the end of…
byDon Smith