MORGANTOWN, W.Va. — Four factors increase the odds that a patient will wind up on chronic opioid therapy, suggests research conducted by a team of researchers led by Nilanjana Dwibedi, assistant professor in the West Virginia University School of Pharmacy.

It is the first study to investigate the risk of transitioning to incident chronic opioid use among patients with noncancer pain. The findings are published in the journal “American Health & Drug Benefits.”

Over the past 20 years, opioids have been widely prescribed for noncancer pain at aggressive rates. But opioid use has been associated with serious consequences, ranging from missed work to loss of employment to drug overdose and death.

The findings suggest that an individual’s transition to chronic opioid therapy can be predicted by information such as the opioid’s duration of action, types of parent opioid compounds, a patient’s history of drug-use disorder and a patient’s medical conditions associated with pain—all characteristics easily available in a clinical setting.

Researchers defined opioid therapy to be “chronic” if it involved at least a 90-day supply of an opioid prescribed within four months of an initial, short-term opioid regimen.

Researchers found that patients were more likely to begin chronic opioid therapy if their initial, short-term prescription was for a long-lasting formulation, instead of an immediate-release one. Being prescribed tramadol was another risk factor.

Patients with conditions very likely to cause chronic pain, such as recovery from a trauma or surgery, also tended to take opioids chronically, as did patients who had preexisting issues with drug misuse and dependence.

Knowing what factors often lead to chronic opioid therapy could inform what doctors prescribe to certain patients, under which circumstances. It could also influence how doctors monitor patients during follow-up appointments. These choices may be especially important since chronic opioid use increases a patient’s risk for opioid addiction, among other health problems.

The study centered on a review of medical and pharmaceutical insurance claims submitted by approximately 500,000 patients. The researchers used predictive models that took into account patients’ physical and mental health, their pain conditions, additional medications they took and other variables. All of the patients in the study were working-age adults, were enrolled in a commercial health plan, did not have cancer and began opioid therapy between January 2007 and May 2015.

“The opioid crisis has had a tremendous effect on our economy, and working to combat opioid abuse should be a top economic development priority,” said John Deskins, WVU’s chief economist and director of the WVU Bureau of Business and Economic Research. Deskins’ own research has suggested that West Virginia’s opioid crisis has cost the state nearly $1 billion.

“This new research from WVU to better predict characteristics associated with long-term opioid abuse is an important step in helping to combat this crisis in a preventive way, and in a more cost-effective way,” he said. “In turn, this is an important step for economic development in our state.”

Dwibedi and her colleagues are planning to pursue a new research project that will measure the lost productivity caused by opioid use and misuse in West Virginia and across the nation. She also plans to investigate how nearing and reaching retirement age affects patients’ chronic use of opioids and the impact of it on healthcare use and expenditures.

“Let me tell you: when a physician prescribes medications, if he or she doesn’t know what can cause that patient to be addicted in the future, then the physician has no control to prevent future misuse or abuse. This should be the first step to prevent the opioid epidemic,” Dwibedi said. “The prevention should start from patient and physician.” 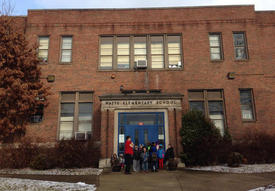