How we West Virginians evaluate our public schools and the students in them is in limbo. The sooner that ends, the better — providing the solution is not one of the false starts that have plagued us during the past few years.

A few weeks ago, state Board of Education members voted to eliminate some standardized tests formerly administered annually to students. They also have agreed the much-disliked “Smarter Balanced”examinations will be sent to the scrap heap.

On Wednesday, board members also voted to do away with the controversial A-F grading system used for schools. Letter grades that had been scheduled to be released later this year will never see the light of day.

Now what? Few classroom teachers would go through a year without using some tool such as testing to determine how well students were learning. West Virginians cannot afford to give up on standardized testing and evaluating schools.

Critics of the current test were right to point out its many flaws. Something better is needed.

State legislators may have something up their sleeves in that regard. Bills requiring that the state adopt the ACT college entrance examinations and the ACT Aspire tests for younger students are in the works.

As far as evaluating schools goes, the A-F system sounded good, but was fatally flawed in several ways. Among them was the state Department of Education’s use of the “bell-curve” system for assigning grades, no matter how well a school performed. Under that method, a small percentage of schools received A’s and F’s, most were given C’s and the remainder got B’s and D’s.

Educators were upset that about 86 percent of evaluation for letter grades was on the basis of how well students did on standardized tests. Many factors, ranging from testing to attendance, need to be taken into account.

Both the standardized testing and school evaluation issues need to be dealt with expeditiously — but, again, effectively. More of what was just deemed unacceptable is, well, unacceptable.

By LAURA DEAN BENNETT The Pocahontas Times MARLINTON, W.Va. — You may have seen the ad for Dove’s…
byDon Smith

Tennant’s office to levy fees for some documents 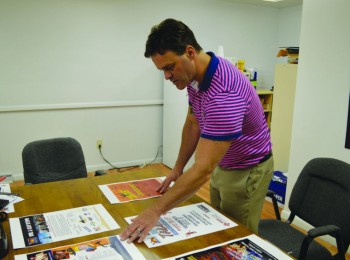 BRIDGEPORT, W.Va. — What started as a small event in a field has grown into the annual Benedum…
byBrian Canterbury