Some West Virginia politicians are hoping you will fall for their claim that saving money for taxpayers is the reason they want to be less transparent about government. They would make it more difficult for Mountain State residents to learn of important matters ranging from coal mining near them to whether they might lose their property because they forgot to pay taxes.

The scheme is to rescind requirements legal notices be published in newspapers by local and state governments — as well as by private parties such as oil and gas drillers and coal companies. Instead, such notices could be posted solely on the internet.

A preview of what some lawmakers have in mind was provided this week, in a report to the Legislature on legal notices published in newspapers.

Prepared by the Legislative Auditor, the report states that local and state governments spent more than $4.6 million to have legal notices published last year.

The option of placing legal notices on the internet instead of in newspapers could save money, the auditor insists.

But, by the auditor’s own admission, about one in five West Virginia households does not have access to the internet.

And, of course, there is the matter of noticing notices placed by local governments, whether they are on how our money is being spent or plans to auction off our homes because of delinquent taxes.

In newspapers, the information is displayed to thousands of readers. On the internet, one would have to go searching for it.

We will keep you informed about the scheme as it proceeds. Meanwhile, ask yourself this: Is at least some transparency from government worth $2.50 a year to me? 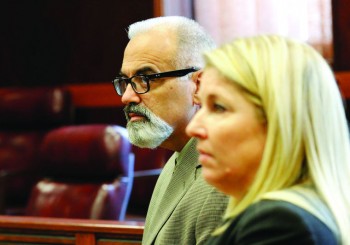