One thing about government at all levels that must puzzle many people is why spending is allowed to grow, year by year, even when tax increases are needed to make it happen.

Why can’t government do what many families have no choice about? Why can’t it work with what money it has to pay for the essentials?

West Virginia state government is expected to spend between $4 billion and $4.1 billion out of its general revenue fund this year.

Yet even relatively conservative Republican leaders in the House of Delegates seem to think we need $4.27 billion for the coming year. Taxes would go up.

Gov. Jim Justice’s plan is even worse. At one point, he wanted a $4.5 billion budget, including $450 million in tax increases.

Even at $4.27 billion, many in state agencies claim they will be forced to cut spending next year. Assuming some do get less money, that means other agencies would get more. One thing the bureaucrats will never be able to do is convince Mountain State residents $4.27 billion is less than $4 billion or $4.1 billion.

One genuinely excellent idea on balancing next year’s budget is to insist that midyear spending cuts ordered by former Gov. Earl Ray Tomblin be continued next year.

In November, the governor ordered state agencies to spend about $60 million less for the remainder of the fiscal year, which ends June 30. Extended for a full 12 months next year, that could represent savings of as much as $100 million.

A few responsible legislators are recommending a $4.05 billion budget. At about the amount the state is expected to collect next year, that would avoid new taxes.

That amount would not be far from what state government is spending now.

Why not enact a hold-the-line budget?

Because the bureaucrats — the people with a stake in telling us we have to spend more, more, more — assure us it can’t be done? 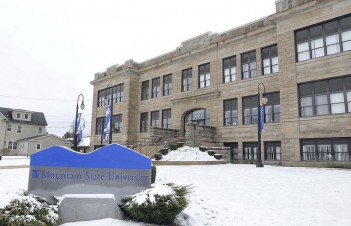 By JORDAN NELSON The Register-Herald One thousand, one hundred. 1,100. That is enough people to fill up more than…
byDon Smith