BECKLEY, W.Va. — A Beckley woman who was doused in gasoline and set on fire has succumbed to her injuries.

Her alleged attacker, Dwayne Michael Lane, 47, has now been charged with first-degree murder.

Up until Cox’s death, Lane had been charged with attempted murder. He is also facing charges of kidnapping, third-degree arson, arson causing serious bodily injury and two counts of gross child neglect.

Lane was arraigned Thursday on the new charge by Raleigh County Magistrate Steve Massie. The defendant is being held at Southern Regional Jail without bond until his preliminary hearing, which must be held within the next 10 days.

If Lane chooses to waive his right to a preliminary hearing, or if probable cause is found at the hearing, the case will be sent to grand jury. If grand jurors believe enough evidence exists, Lane will be indicted. The case will then progress through circuit court.

“Law enforcement working on her case have been watching her condition,” said Raleigh County Assistant Prosecuting Attorney Brandon Steele. “We expected this would possibly result in her death.”

Steele said based on the information the state has so far, it appears Lane pre-meditated the incident, which prompted the first-degree murder charge.

“The facts as they’ve been described so far are pretty horrifying,” Steele said. “I’ve not seen anything come through our office in the recent past that would match this.”

According to the initial criminal complaint, Beckley Police responded Sept. 17 to reports of an assault on Earle Street.

A juvenile, identified as the victim’s daughter, had called authorities to report that her mother had been lit on fire by “Mr. Mike,” later identified as Lane.

When officers arrived on the scene they found the victim lying unresponsive in a neighbor’s yard with burns covering her entire body.

After interviewing two juveniles who were present during the incident, police learned that Lane and Cox had been in a verbal argument. The witnesses reported Lane doused Cox in gasoline and then used a paper towel and a handheld lighter to ignite the fluid. 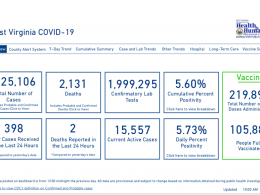