MARTINSBURG, W.Vav.  — It has taken a little more than five years, but a multi-million dollar expansion project at Cacapon State Park is finally getting underway.

At its July 20 board meeting, the West Virginia Economic Development Authority approved up to $25 million in bonds financed with excess lottery revenues for the Cacapon State Park project, according to Caren Wilcher, associate director of WVEDA.

“It’s exciting news,” Daryl Cowles, executive director of the Morgan County Economic Development Authority, said in a telephone interview Tuesday. “We’re glad to see it moving forward. We are only months away from construction. We’re on bulldozer watch.”

Cowles also is majority leader of the West Virginia House of Delegates. He represents Morgan and Hampshire counties.

“We’re thrilled and excited and delighted,” Cowles said. “It will be a big boost for tourism in Morgan County.”

He said construction could begin this winter.

Cacapon State Park is off U.S. 522 in southern Morgan County.

SB362 set aside $3 million of excess lottery money each year for 30 years to finance the bonds for the projects at Cacapon and Beech Fork.

However, the bonds were never sold.

During the 2015 legislative session, state Sen. Charles Trump, R-Morgan County, tried to force the Tomblin administration to sell the bonds and finance the projects.

With the increased competition from casinos in neighboring states, gambling revenues were too low to finance bond sales, and that trying to sell lottery-backed bonds could seriously damage the state’s bond rating, according to Lorensen’s statement.

“I must credit Gov. Jim Justice and his Secretary of Commerce, Woody Thrasher, with moving this forward,” Trump said in a telephone interview Tuesday. “We asked Gov. Justice and Secretary Thrasher to take a look at it. We said it was a win-win-win situation, and they reached the same conclusion and said, ‘We must move forward.’”

Contacted by phone Tuesday, Scott Fortney, superintendent of Cacapon State Park, referred questions to Hoy Murphy, the public information officer for West Virginia state parks. He could not be reached for comment Tuesday.

According to previous stories, the expansion project would add 82 lodge rooms at the park, a new dining room and lounge with a modern commercial kitchen, an indoor/outdoor pool and spa, more conference rooms and restore the park’s 18-hole Robert Trent Jones Sr. signature golf course, as well as make improvements to the park’s utilities. 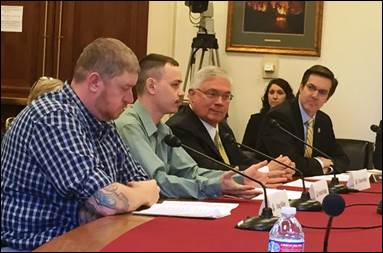 Debt, defaults and declining enrollment — higher education in WV by the numbers