Arch reported net income of $51.7 million in the first quarter, up from $33.4 million in the fourth quarter of 2016. Because Arch emerged from bankruptcy protection in late 2016, there are no comparable numbers for comparison of first-quarter results.

In the first quarter, Arch sold less met coal than it did in the fourth quarter, in part because of longwall moves and in part because of normal winter shipping shutdowns on the Great Lakes. Because of supply problems in the world market after Cyclone Debbie took some met coal mines in Australia out of production in late March, the average price Arch received for met coal jumped from $75.36 in the fourth quarter of 2016 to $105.51 in the first quarter of this year.

“We expect global met markets to remain tight throughout 2017,” Arch CEO John Eaves said in a conference call with investment analysts after the earnings report.

The Leer met coal mine near Grafton continues to be a strong performer in production and price performance, Arch executives said during the call. They would not commit to a schedule to develop additional met coal reserves in the adjacent Tygart area.

“We’re going to keep a pipeline of these projects going and we’re going to particularly focus in the Shelby Run area which is part of the Tygart reserve adjacent to Leer,” Paul Lang, Arch president and chief operating officer, said. “As I said in the past, this operation is about equivalent to Leer. It’s going to be a little higher cost, maybe 10 percent, but even if it’s 10 percent higher this operation is going to be at the bottom of the U.S. cost curve.”

Arch also announced that its board of directors has approved a quarterly cash dividend of 35 cents per share beginning in the second quarter. It has also authorized a share repurchase program to buy up to $300 million of the company’s common stock.

As of the close of trading on May 2, Arch shares had total market value of $1.87 billion. Following the earnings report and announcement of the dividend and the buyback, Arch shares closed the day up $4.74, or about 6.8 percent.

Editorial: West Virginia residents knowing how our money is spent 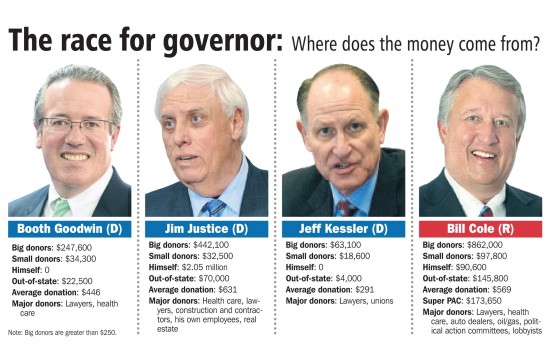 A look at who’s funding the next WV governor

Lucas stepping down as GOP chairman to run for Congress

By JESS MANCINI The Parkersburg News and Sentinel PARKERSBURG, W.Va.  — The chairman of the West Virginia Republican…
byDon Smith