During the meeting, Morrisey explained the feedback he gets from local meetings is very valuable and can lead to action from his office.

The meeting quickly turned to the ravages of the opioid epidemic.

Morrisey touted his successful lawsuit against pharmaceutical wholesalers as the largest in history at $36 million saying, “We have to stop the senseless death — period. We have to.”

Morrisey explained he believes education to be an integral part of fighting the opioid epidemic saying, “Beyond the enforcement side, I can tell one resource which we would urge to take advantage of: we do a lot of education in the schools, in the communities and in the senior centers not only on consumer protection and scams generally but on substance abuse. We were pleased to help write some of the recent legislation about putting opiate education in the schools. We have to have that curriculum in place. If you’re going to teach kids about science, math and social studies, you have to teach them about life and death. We’ve been pleased to work because we think that’s how you save the next generation. You enforce the laws vigorously, you educate and also you ensure that you are looking for ways to have appropriate treatment. Treatment has to be a fundamental part of the equation.”

Morrisey noted the program would hopefully expand to this and other areas of the state.

Logan County Commissioner Danny Ellis asked Morrisey if laws were being changed to disallow drug companies from flooding the area with pain medication.

Ellis explained several counties, including Logan, have entered into a lawsuit against drug wholesalers which shipped millions of pills into the county over the span of just of a few years, and asked if anything was being done to ensure the problem would not come back.

Morrisey responded, “The first thing you have to do is ensure that the number of pills that are prescribed, dispensed or flowing to the state drops dramatically. You get some of that through the litigation that occurs, but then you have to change the financial incentives that keep driving people toward prescribing, dispensing and supplying more and more pills. If we don’t change that, in 10 or 20 years we’ll have the same problem again. I’m pushing and working to get attention with the legislature, the governor and nationally to begin changing some of those financial models. The second one is that there has to be even more aggressive reporting and enforcement behind the suspicious orders. A lot of the efforts that we’ve been engaged in have really been designed to increase accountability.”

The Attorney General wrapped his visit to Logan County with a meeting at Family Discount Pharmacy in Stollings.

The store’s pharmacist, Ed Thornhill, explained some of the issues the store is facing within the opioid epidemic.

Thornhill noted he often turns individuals away who have suspicious prescriptions and gave Morrisey insight into the front lines of the drug issue.

Thornhill described how the system of drug distribution has changed his since Morrisey’s suit against drug distributors and exposed problems of drug companies controlling the market to increase the price of their products.

See more from The Logan Banner 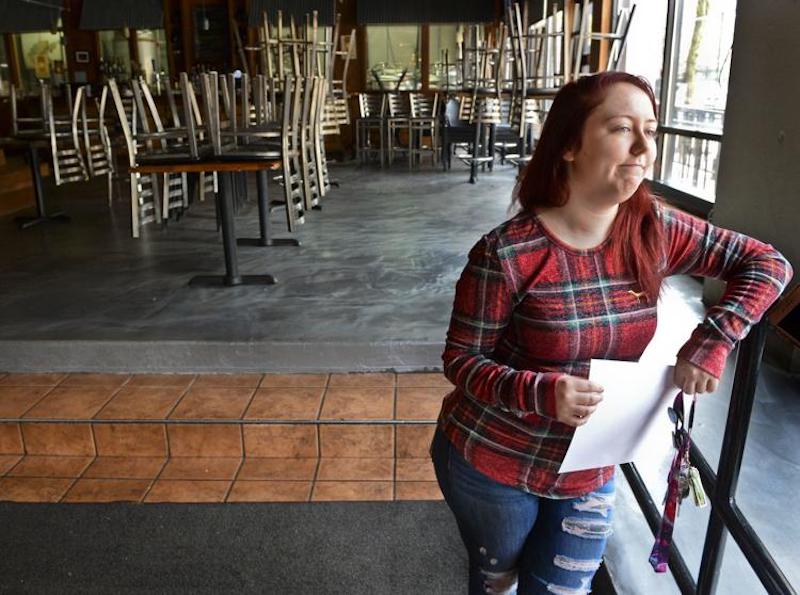 By Maria Young, Charleston Gazette-Mail CHARLESTON, W.Va. — Former employees started trickling in through a side door at Black…
byDon Smith

A rough road for Rover Pipeline: Company working through latest issues with the EPA

By CASEY JUNKINS The Intelligencer and Wheeling News-Register WHEELING, W.Va. — Earlier this year, developers of the $4.3…
byDon Smith