The regional bureau of The Associated Press, shares 10 things you need to know Thursday, April 4, 2019. Look for full stories on these late-breaking news items and much more in West Virginia newspapers.

Data from the recorders of the Boeing 737 Max 8 found that the crew of the Ethiopian Airlines jetliner could not control the plane after it started to nose dive.

Carlos Ghosn is apprehended for a fourth time by Tokyo prosecutors investigating him for alleged financial misconduct while leading the Japanese automaker.

4. WHAT DOESN’T SEEM TO BE ON DEMOCRATS’ RADAR

None of the Democrats running for the White House in 2020 has made specific pitches on transforming the nation’s criminal justice system.

5. EXPERTS WARN OF CYBER THREATS AHEAD OF ISRAEL’S ELECTION

Israel is vulnerable to the kind of foreign hacks and cyber campaigns that have disrupted the political process in other countries.

Beijing’s expansion in Latin America to build ports and other trade-related facilities is stirring anxiety in Washington.

Democratic presidential primary candidates Bernie Sanders and Beto O’Rourke both strike a chord with the same part of the electorate: young voters.

The posh San Francisco suburb of Hillsborough is saying no to a life-size Flintstones house and characters dotting the yard.

“Avatar,” ″Deadpool,” ″Toy Story” and “The Avengers” all made their way into the same montage, demonstrating that all the brands are now under one umbrella.

10. NCAA PRESIDENT SPEAKS OUT ON STUDENT-ATHLETES

Mark Emmert tells the AP that a judge’s recent ruling in a federal antitrust lawsuit reinforces that college athletes should be treated as students, not employees.

CHARLESTON, W.Va. — State tax forms for next year’s filing season will be updated to reflect the state’s…
byBrian Canterbury

Resolution could lead to elected WV state school board members

By RYAN QUINN Charleston Gazette-Mail CHARLESTON, W.Va. — A majority of voting members on the West Virginia Board…
byDon Smith 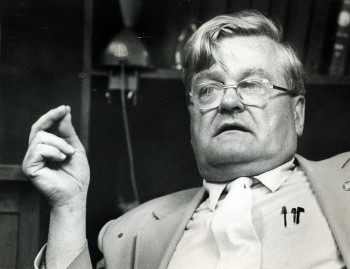