The regional bureau of The Associated Press, shares 10 things you need to know Monday, Dec. 10, 2018. Look for full stories on these late-breaking news items and much more in West Virginia newspapers.

1. WHO TRUMP IS WEIGHING FOR CHIEF OF STAFF

After favorite Nick Ayers dropped out of the running, Mick Mulvaney and Republican congressman Mark Meadows are two of at least four candidates in the mix.

A bail hearing for a top Chinese technology executive is set to resume in Vancouver after the U.S. alleged the firm used a shell company to evade trade curbs on Iran.

After weeks of “yellow vest” protests that have rattled the country, the president is expected to announce measures to reduce taxes and boost purchasing power.

5. WHAT THEY’RE SEEING IN CYPRUS

The Mediterranean island has experienced a sharp rise in migrant arrivals this year as other European countries tighten their borders.

6. WHO SAYS UK CAN STILL CHANGE ITS MIND

The EU’s top court rules that Britain can revoke Brexit, boosting the hopes of people who want to stay in the 28-nation bloc that the process can be reversed, while Theresa May could face a humiliating defeat for her divorce plan.

Baghdad declares a national holiday after the grueling three-year war in which tens of thousands of people were killed and hundreds of thousands displaced.

Top House lawmakers raise the prospect of impeachment or almost-certain prison time for Trump if it’s proved that he directed illegal hush-money payments to women.

A renovation of the Church of the Nativity offers visitors a look at ancient mosaics and columns restored to their original glory for the first time in 600 years.

Kenyan Drake runs the last 52 yards as the Dolphins score on a pass and double lateral on the final play to stun New England 34-33.

By TAYLOR STUCK The Herald-Dispatch CHARLESTON, W.Va. —  As the investigation into West Virginia Supreme Court of Appeals…
byDon Smith 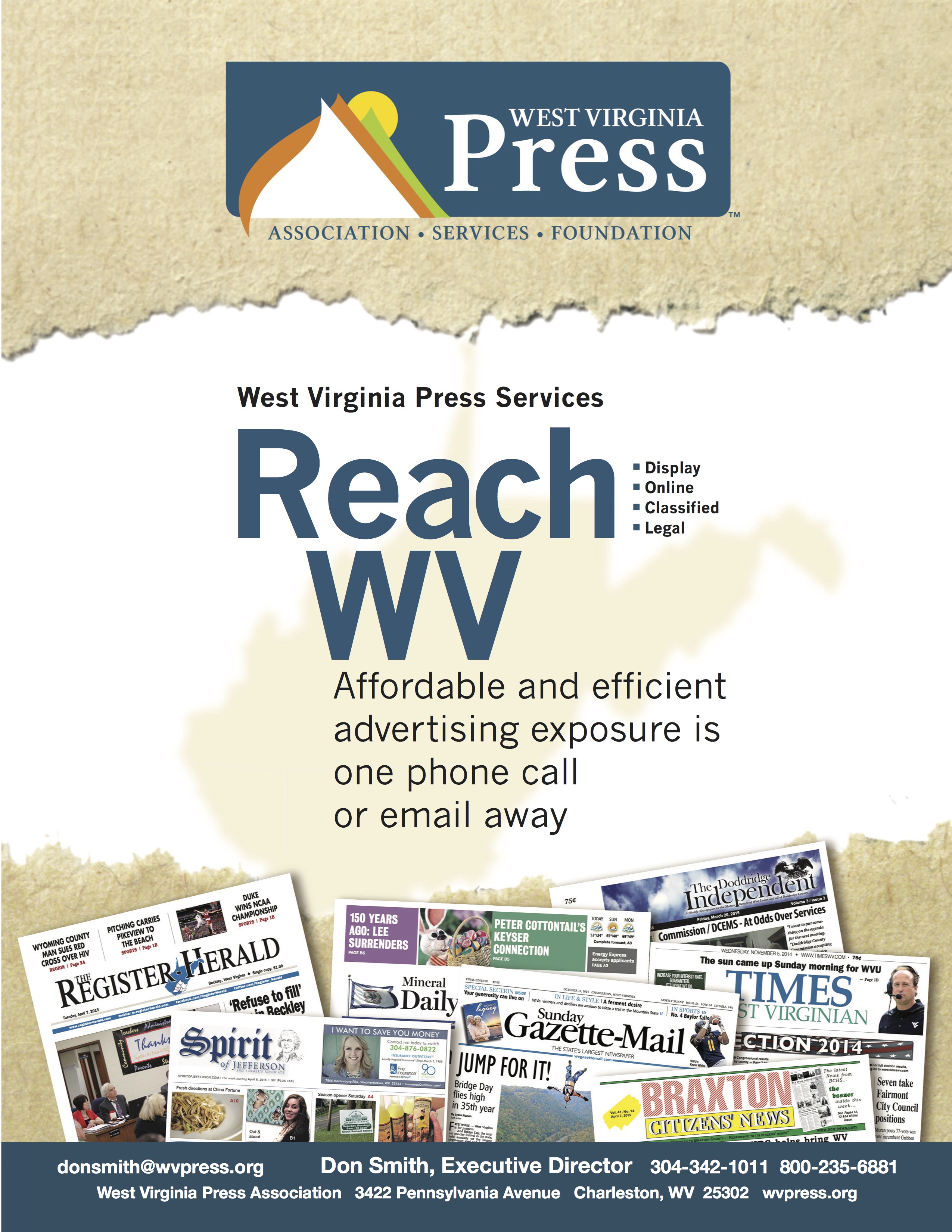 WV Press Services can help with all your advertising