The regional bureau of The Associated Press, shares 10 things you need to know Friday, April 26, 2019. Look for full stories on these late-breaking news items and much more in West Virginia newspapers.

Declaring the “soul of this nation” at stake, the former vice president pushed into the 2020 presidential contest and sparked a fierce debate over the direction of the Democratic Party.

The president and vice president prepare to headline the group’s annual convention in Indianapolis at moment of weakness for the former kingmaker.

Mohamed Zahran, known for his vitriolic extremist speeches on social media, died in the blast at the Shangri-La hotel, one of six hotels and churches targeted in attacks that killed at least 250 people.

The report of special counsel Robert Mueller shined a light on the much-discussed meeting of the president’s eldest son, son-in-law and campaign officials with several people linked to Russia

5. WHOSE LIMOS ARE RAISING EYEBROWS

Daimler, which makes armored limousines used by North Korean leader Kim Jong Un that have been seen at his summits with Donald Trump and Vladimir Putin, says it has no idea where he got them and has no business dealings with Pyongyang.

Isaiah Joel Peoples, who has a history of post-traumatic stress disorder was on his way to a Bible class when he told investigators he intentionally drove into a group of men, women and children.

7. WHO IS PROMISING FASTER SHIPPING

Amazon announced it will soon promise one-day delivery for its U.S. Prime members on most items.

Quarantines at the University of California and Cal State University affected more than 200 students and staff who may have been exposed to measles.

The pop star released a colorful, upbeat song, ending the weeks-long search she set off when she teased fans with clues about a new project.

10. KYLER MURRAY IS NO. 1 PICK AS NFL TEAMS LOAD UP IN TRENCHES

NFL teams showed some preference for quarterbacks, as always, and an infatuation with players who protect them and disrupt them during the first round of the draft. 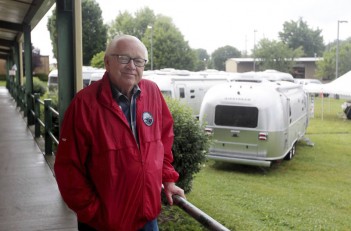 FAIRLEA, W.Va. — The “Silver City” at the West Virginia State Fairgrounds is growing day by day, as…
byBrian Canterbury 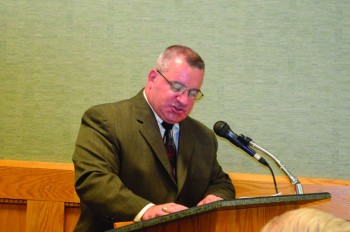