The regional bureau of The Associated Press, shares 10 things you need to know Wednesday, November 15, 2017. Look for full stories on these late-breaking news items and much more in West Virginia newspapers.

The army in the southern African nation says it has President Mugabe and his wife in custody and is securing government offices and patrolling the capital’s streets following a night of unrest.

In asking senior federal prosecutors to examine Republican grievances, the attorney general may be trying to placate Trump while maintaining the credibility of the Justice Department.

The move comes amid an extended chill in relations between the neighbors over Pyongyang’s nuclear weapons and missile programs.

Kevin Neal was free on bail for a charge of stabbing a neighbor and had been the subject of a domestic violence call the day before the attack.

6. FAMILY FUNERAL FOR A THIRD OF TEXAS CHURCH SHOOTING VICTIMS

A survivor of the shooting massacre at the small church in Sutherland Springs holds a funeral for his family: his pregnant wife and three of her children, his parents, a brother, and a toddler niece.

7. WHAT IS NOW A TARGET OF GOP IN TAX BILL

Ending “Obamacare’s” requirement that Americans get insurance coverage, which would help pay for tax cuts.

8. SCIENTISTS IN CALIFORNIA TRY 1ST GENE EDITING INSIDE THE BODY

Through an IV, 44-year-old Brian Madeux received billions of copies of a corrective gene and a genetic tool to cut his DNA in a precise spot.

9. ‘PEOPLE ARE GOING TO HATE ME OVER THIS’

People magazine names Blake Shelton its Sexiest Man Alive for 2017, and the country music star jokes that he’s going to use it “in every conversation.”

A mystical painting of Christ holding a crystal orb by Leonardo da Vinci is being auctioned at Christie’s in New York. 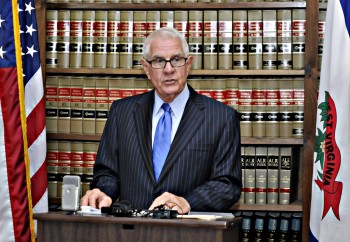 CHARLESTON, W.Va. — So who’s running for office in West Virginia? The deadline to get on the ballot…
byBrian Canterbury