Dorothy Abernathy, regional media director of The Associated Press, shares 10 things you need to know Wednesday, March 29, 2017. Look for full stories on these late-breaking news items and much more in West Virginia newspapers.

After 44 years of ups and downs with the European Union, Prime Minister Theresa May will send a letter to the European Council formally triggering a two-year countdown to the final split.

Schools including the University of Central Florida have admitted a large number of Iranian graduate students and losing them would be a blow to science programs, AP finds.

3. WHY PEOPLE OF RAQQA ARE TERRIFIED

Some 300,000 residents of the Islamic State group’s de facto capital in Syria are trapped by the militants using them as human shields or confused as to where to run from airstrikes.

Hawaii says the policy discriminates against Muslims, while the government says it falls within Trump’s power to protect national security.

They predict that the overall development in West Java, including a massive theme park, will overwhelm a refuge for some of Indonesia’s most threatened species.

The groups say they’ll file lawsuits and help to mobilize public backlash to plans by Trump to roll back U.S. efforts to curb global warming.

The legislation could eventually allow internet providers such as Comcast, AT&T and Verizon to sell the browsing habits of their customers.

9. WHO LIBRARY OF CONGRESS IS PRESERVING

Fewer commercial breaks per quarter and a revamping of video replay could mean an enhanced flow of play. 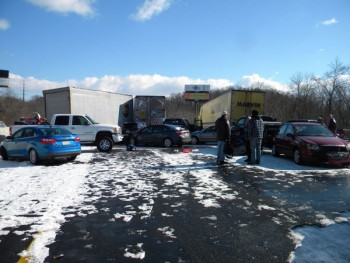 MARTINSBURG, W.Va. – Two people were killed and several others were injured Wednesday morning on Interstate 81 after…
byBrian Canterbury

The Associated Press shares 10 things to know Thursday, May 21