Dorothy Abernathy, regional media director of The Associated Press, shares 10 things you need to know Friday, March 24, 2017. Look for full stories on these late-breaking news items and much more in West Virginia newspapers.

GOP House leaders seemed to be calculating that at crunch time, they could coax enough dissidents to pass the bill that aims to repeal and replace Obamacare.

Nine people are currently in custody in connection with the Westminster attack that killed 4.

Advocates say the pipeline will improve U.S. energy security and create jobs, while opponents contend the jobs will be minimal and short-lived, and the project threatens the environment.

The president has developed a pattern of making an outrageous claim, then wait until something emerges that can be spun as vindication.

Congress overrode then-President Obama’s veto last fall and approved a law that allows a civil case to go forward that seeks to hold Saudi Arabia accountable for the Sept. 11 attacks.

Members of a committee dominated by Beijing-favored elites will cast their ballots in the first such vote since 2014’s huge pro-democracy protests.

7. WHY BLACK LIVES MATTER GROUPS BAND TOGETHER WITH WAGE ACTIVISTS

The organizations are joining forces to push for $15-an-hour minimum wage.

9. CAR STOLEN IN S. CALIF. WITH 2 TODDLERS INSIDE

The boys were in their babysitters’ car when she stepped out for an errand and someone stole it.

10. WHERE’S THE NEXT NCAA CINDERELLA

No. 11 seed Xavier and No. 7 South Carolina emerge as the latest underdogs in the basketball tourney. 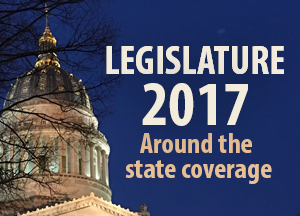 Here is a statement from House Speaker Tim Armstead responding to tonight’s State of the State address: CHARLESTON,…
byDon Smith 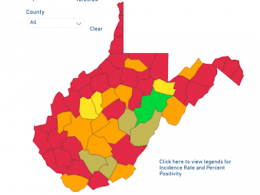 MORGANTOWN, W. Va. — All students attending a West Virginia high school or college are invited to compete in…
byDon Smith