2 minute read
Total
0
Shares
0
0
0
From The Parkersburg News and Sentinel:
“When I find out who is responsible heads will roll,” said Gov. Jim Justice, upon being called out for a mistake that could cause considerable difficulty for West Virginia’s two- and four-year colleges.

Mountain State institutions of higher learning are being penalized by the U.S. Department of Education after three years in a row in which the state submitted late an audit of its federal funding. Understand, the schools appear not to be at fault here. They and the Higher Education Policy Commission and Community and Technical College System say they handed over their information to the state on time. Federal officials may believe it was the West Virginia Department of Administration that dropped the ball, as their correspondence has been to Susannah Carpenter, the chief financial officer of the state’s Department of Administration.

However, when another publication tried to speak with someone from the Department of Administration, its spokeswoman directed all questions to the governor’s office. Justice responded in absolutely predictable fashion:

“Our schools and students are being penalized because of a mistake that’s been brewing two years and ten months before I got here,” he said.

True, the financial audits were late twice before Justice took office. Someone in Gov. Earl Ray Tomblin’s administration dropped the ball, too. But the most recent audit was due March 31, and was not received until May 22. Justice took office Jan. 16.

It is absurd that no one seems able to clearly point to the responsible person or department and make the necessary change. But, then again, that is what should be expected from a bureaucracy so bloated — and which apparently still instills such fear in politicians — that it remains inefficient, ineffective and the perfect hiding place for those whose poor job performance would not be tolerated in private enterprise.

That kind of incompetence is hurting colleges and students in West Virginia; and a leader who is serious about giving Mountain State residents the government they deserve would take responsibility and do something about it.

Yes, governor, you inherited a mistake that was tolerated twice before. But the third time did the harm; and it happened on your watch.

The Inter-Mountain BELINGTON, W.Va.  — Aaron Tippin will take the stage at the Barbour County Fair at 9…
byDon Smith 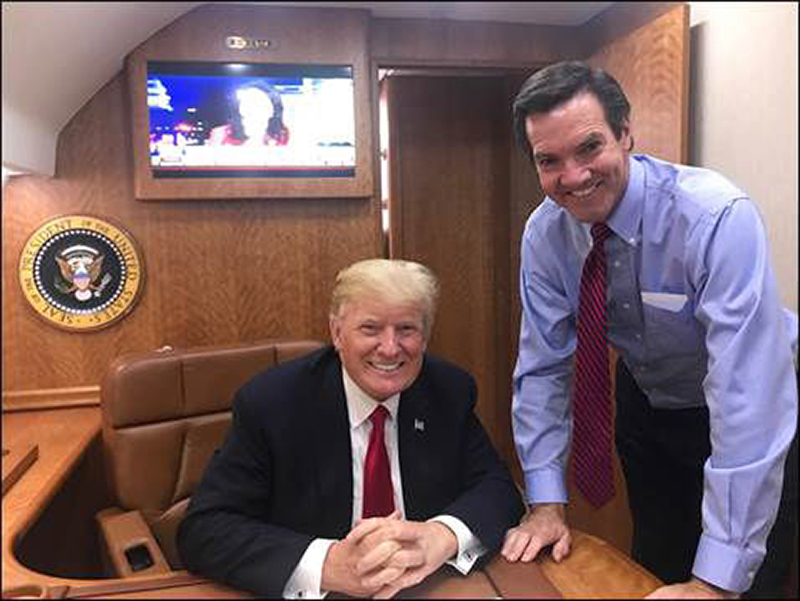 By FRED PACE The Herald-Dispatch HUNTINGTON, W.Va. — If you want to see President Donald Trump in Huntington today,…
byDon Smith