CHARLESTON, W.Va. – Opponents of President Barack Obama’s regulation of the mining industry gathered at the State Capitol near the “Miner Statue” Wednesday morning to rally against federal policies affecting West Virginia’s mining industry and the state residents it supports.

The rally came just hours before President Obama was scheduled to speak in Charleston.

Among those in attendance at the rally were U.S. Sen. Shelley Moore Capito, State Senate President Bill Cole, Speaker of the House of Delegates Tim Armstead and Attorney General Patrick Morrisey.

Chris Hamilton, co-chairman of the West Virginia Coal Forum, was among the speakers, noting that the Obama administration’s regulation of the mining industry has contributed to the loss of more than 8,000 direct mining jobs and tens of thousands of support positions in our state.

The following are photos from the event from WVPA’s Dalton Walker: 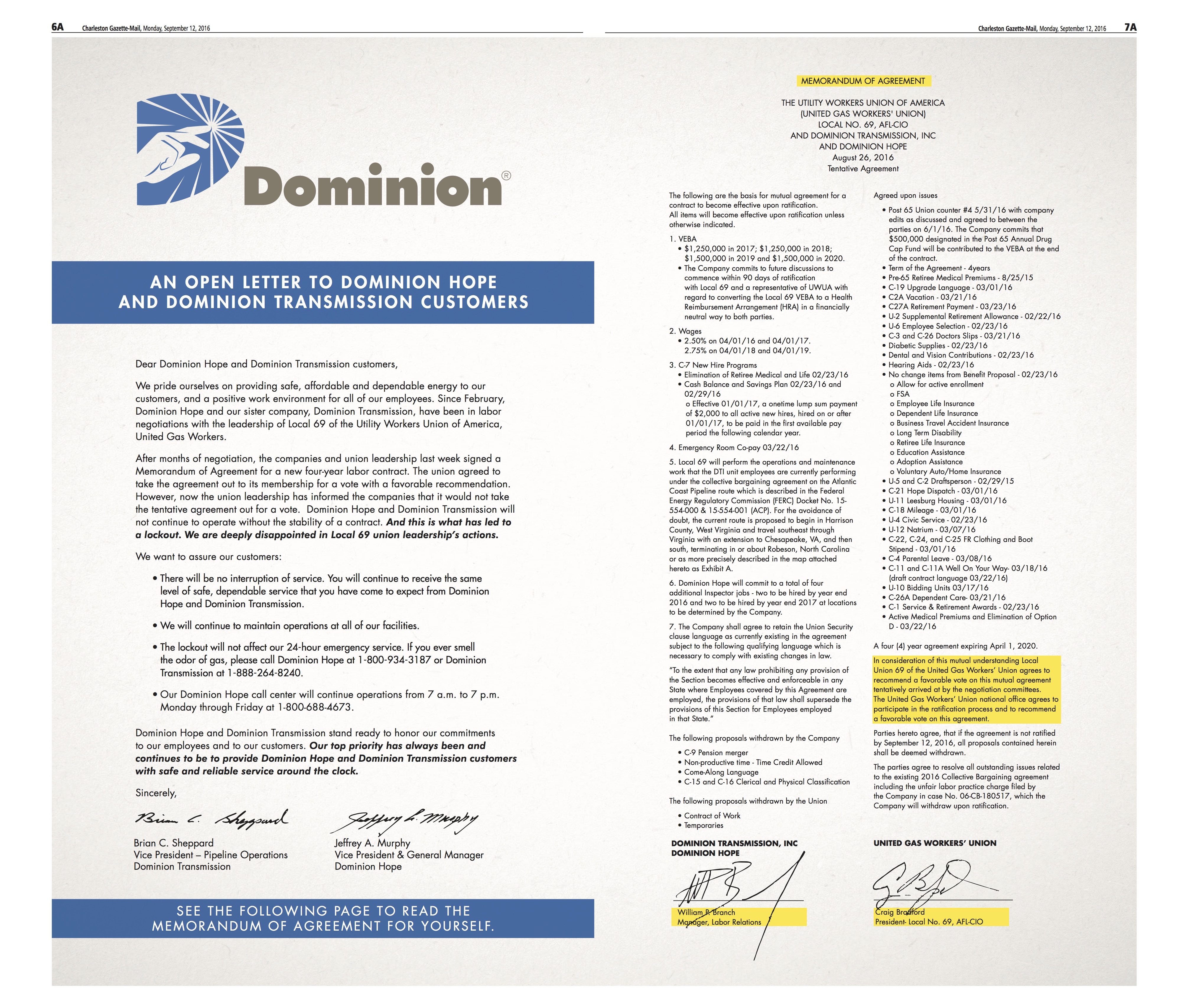 CHARLESTON, W.Va. — Dominion Hope and Dominion Transmission this month has been reaching out to customers in West…
byDon Smith

Editorial: State Budget Not Being Cut

From The Intelligencer of Wheeling: West Virginia legislators have agreed on a General Revenue Fund budget of $4.228…
byDon Smith