Since the end of the regular 60-day session of the Legislature on Saturday, West Virginians, understandably, have been focused on the continuing budget discussions and the 262 bills approved during the session.

However, as is often the case during a session, the legislators’ greatest service to the people of West Virginia can be stopping legislation that would have negatively impacted the state and its people.

Such might be the case with Senate Bill 412 – Relating to WV Jobs Act reporting requirements – which died in the House of Delegates after a passionate floor debate on amendments during the evening session on Thursday, April 6.

While the public is aware that Gov. Jim Justice is still seeking at least a $4.4 billion budget and the Legislature is calling for a $4.102 billion budget, few West Virginians realize that in the final week of the 2017 legislative session the public came very close to losing its ability to monitor a large portion of government spending on construction projects at the state, county and local level.

SB 412 – in its original and amended versions – would have declared state, county and local spending on wages for construction projects as confidential and proprietary and not a public record. Millions of dollars in government spending would have been closed from public scrutiny.

Fortunately, House of Delegates opposition to SB 412 was bipartisan and the floor vote on an amendment by Delegate Gregg Foster, R-Putnam, to further restrict public access to wage information, failed 67-31 with two not voting.

Speaker of the House Tim Armstead, R-Kanawha, Delegate John Shott, R-Mercer and Delegate Erikka Storch, R-Ohio; and Delegate Vernon Criss, R-Wood; were among the Republicans who voted against SB 412.

During the floor debate, Caputo noted that SB 412 had been thoroughly discussed in House Government Organization Committee and amended to ensure the public could retain access to wage information. Speaking to the Foster amendment, Caputo asked who wanted the information kept private and why?

During committee discussion, it was noted that SB 412 would make it impossible for a worker, a legislator, a county commissioner, a school board member, a city councilman, or a spouse to monitor wage spending on construction projects or on change orders to construction projects.

Without wage information, it would be impossible to do any of the following:

— for workers on a job to check and see if their $12 an hour wages were reported as $20 an hour by a company, to add labor expenses when seeking a change order on a job and more labor expense revenue;

— for anyone, including a legislator, to check reports to see if a company billed a state, county or city construction project for a crew that was actually working on another job during the time period;

— for anyone, including a legislator, to check reports to see if a company billed a state, county or city construction project for work when workers were actually off on a rainout;

— for spouses and children to check to see if workers with child support obligations are reporting wages or dodging payments;

— for anyone, including Legislators, to check reports to see how wages are being impacted by the changes in the right to work and prevailing wage laws.

Proponents of SB 412, introduced and sponsored by Sen. Craig Blair, R-Berkeley County, said  worker wage information should be kept private, noting that workers at other private companies with state contracts did not have to report wages. Delegates Foster and Riley Moore, R-Jefferson, were among those speaking in favor of the bill in the House.

The West Virginia Press Association noted that if legislators voted for SB 412, they voluntarily gave up their rights to that information but forcibly took away the rights of other state, county, city and school officials, and made it impossible for the public or the media to watch for abuse and fraud.

Following the House’s decision to vote again the Foster amendment, SB 412 was moved from the special calendar and died.

The West Virginia Press Association, as a matter of principle, opposes any limitations to the public’s access to government information. However, on SB 412, the opposition was more practical.  There have been far too many news on cases of fraud and abuse on construction projects, kickbacks and hiring irregularities for this wage information to be hidden. With road and infrastructure projects planned for West Virginia, now is certainly not the time to consider restricting information on such spending.

The West Virginia House of Delegates, especially under Speaker Tim Armstead, has been a strong advocate of open government and public access. The WVPA applauds Speaker Armstead, the House of Delegate and the individual delegates who stood and spoke for the public’s right to know: Delegates Caputo, Brewer, Ferro, Fluharty, Marcum, Diserio, Bates and others.

We hope all legislators will look to state code and remember the section on Freedom of Information: “… The people, in delegating authority, do not give their public servants the right to decide what is good for the people to know and what is not good for them to know. The people insist on remaining informed so that they may retain control over the instruments of government they have created. …” 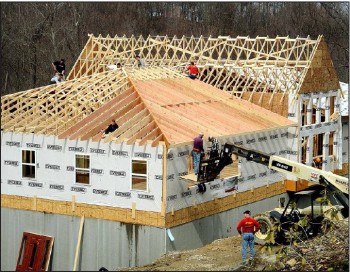 MORGANTOWN, W.Va. — With its pastoral hills, Ponderosa Ponds Road normally runs on the quiet side. Just not…
byBrian Canterbury