This year the West Virginia Legislature passed a fiscally responsible budget requiring our government to live within its means. In fact, we passed two budgets that did this.

The first budget passed during the regular session was vetoed by the governor, which then required an expensive special session to pass a second budget. The governor allowed the second budget to become law without his signature.

These well-coordinated talking points are “fake news.” Let’s put this in perspective.

Some of it came from the 2-percent mid-year budget cut implemented by Gov. Earl Ray Tomblin last year. The current governor proposed a 4.4-percent cut in WVU and Marshall University’s budget this year, which he said they could absorb.

The Legislature then added on an additional 2-percent cut when other ideas, such as the elimination of greyhound subsidies, casino modernization funds, and the Department of Education and the Arts, failed to pass or were vetoed earlier this year.

One would think the tuition increases passed by universities this year would match the cuts these institutions received. If you thought that, you would be wrong.

According to WVU’s five-year financial plan, posted on their website<http://adminfin.wvu.edu/files/d/169c7e42-9db9-4fd7-a9e7-e788f133cea7/fy17-budget-and-five-year-financial-plan-presentation-for-bog.pdf>, their 5-percent increase this year is expected to bring in roughly $23 million. So officials in Morgantown enacted a $23 million tuition hike to close the gap for an $8.7 million cut.

The reality is WVU and other schools have been planning these tuition hikes all along. Even that five-year plan I just referred to was from last year – meaning WVU was already planning a 5-percent tuition hike regardless of what budget was passed this year.

Berry said: “At WVU and its campuses, state budget reductions between 2013-16 total $21.8 million, but revenues from tuition increases during that time total $52.4 million.

“At Marshall, budget reductions for that same period were $8.5 million, while tuition increase revenues were nearly $22 million,” he said.

So you can see that, despite how much they blame the Legislature, these schools have been raising tuition significantly every year, regardless of what the state budget looks like.

One exception has been Glenville State, which recently said it would commit to cutting its expenses and harnessing efficiencies to deal with state budget cuts, instead of passing the buck onto students.

Hopefully, the governing boards of other schools can take note of the Glenville State model before considering tuition increases in the future.

Delegate John D. O’Neal IV is the Assistant Majority Leader of the House of Delegates. A Beckley resident, he represents portions of Raleigh, Summers and Monroe counties in the Legislature. 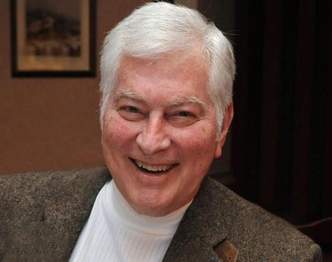