byBrian Canterbury
1 minute read
Times West Virginia photo by Michelle Dillon Donna Costello, mayor of Farmington (left), and others watch as a City of Farmington worker removes a flag design with a peace sign from a crosswalk on Mill Street in front of Sam’s Place.
Total
0
Shares
0
0
0

FARMINGTON — An art project in the Town of Farmington has caused controversy.

The students discussed what type of project to do in Farmington with Mayor Donna Costello.

“One (project) that I’ve wanted to do for several years was to paint and design the crosswalks here,” Costello told the Times West Virginian in an April interview. “It would just brighten up the town of Farmington. I think people would actually appreciate it.”

The Town of Farmington received complaints via Facebook and at the town hall about the flag design with the peace sign. On Tuesday, Costello received a call from U.S. Sen. Joe Manchin…

By Jessica Borders For The Register-Herald MANNINGTON, W.Va. — The families and friends of the miners who…
byDon Smith

CHARLESTON, W.Va. — Roland Micklem and a group of supporters are fasting at the state Capitol this week…
byBrian Canterbury 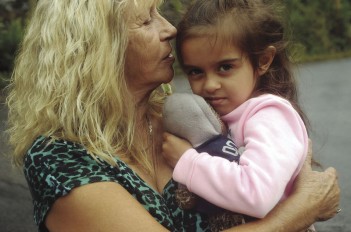 KEYSTONE, W.Va. — “They just pronounced him dead.” Those were the words of Lois Epperly Thursday afternoon after…
byBrian Canterbury