WV residents advised to hunker down for big snow

1 minute read
Register-Herald photo by Brad Davis A Division of Highways snow plow and salt truck works to clear the way along North Kanawha Street in Beckley Wednesday evening as drivers navigate slick roads brought on by an evening squall, the first round of winter weather that’s expected to hit the area into the weekend.
Total
0
Shares
0
0
0

BECKLEY, W.Va. — Meteorologists are saying the southern half of West Virginia could see 18 to 20 inches of snow Friday through Sunday.

Winter Storm Jonas as the storm is tagged is shaping up to be a major winter event, according to Charleston meteorologist Dylan Cooper.

Thursday will be the literal “calm before the storm,” Cooper said.

Cooper said the storm looks like it’s moving slightly to the south instead of just to the east. That means the state will be completely covered… 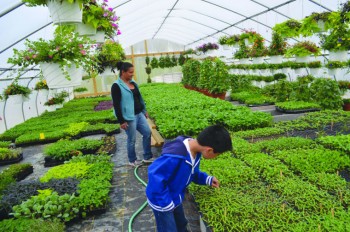 By ANDREA LANNOM The Register-Herald WHITE SULPHUR SPRINGS, W.Va.  — At his inaugural ball at the Greenbrier on…
byDon Smith

Hundreds rally for oil and gas jobs in Charleston