CHARLESTON, W.Va. — West Virginia is poised to become the third state to ban the most common abortion procedure used in the second trimester of pregnancy.

After nearly two hours of debate Monday, the House of Delegates voted 86-13 to pass legislation that prohibits an abortion procedure that critics describe as dismembering a fetus.

House Democrats who opposed the bill argued that the legislation aims to outlaw the safest way to terminate a pregnancy after 13 weeks — with a long-term goal of banning all abortion.

“I really believe the ultimate goal of this legislation is to take away women’s health services, one by one, until no safe, legal options are available to any woman who makes a decision to end a pregnancy,” said Delegate David Pethel, D-Wetzel.

The legislation next heads to Gov. Earl Ray Tomblin, who declined Monday to say if he plans to sign it… 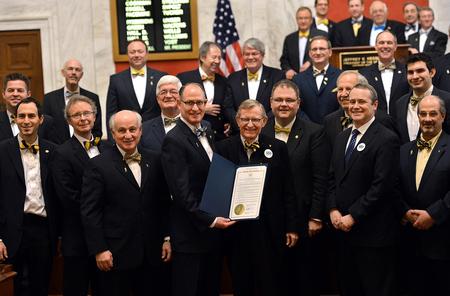 CHARLESTON, W.Va. – In fashion, everything old is eventually new again, whether it is bell-bottom pants, feathered hair…
byBrian Canterbury

CHARLESTON, W.Va. — The West Virginia Press Association has an opening for a newspaper/media industry professional or recent…
byDon Smith