CHARLESTON, W.Va. — Over objections from doctors and medical groups, West Virginia legislators have put into law a ban on the most common abortion procedure for pregnancies in the second trimester.

The House of Delegates voted to override Gov. Earl Ray Tomblin’s veto of the measure, which outlaws a procedure called dilation and evacuation. Anti-abortion activists refer to the procedure as a “dismemberment abortion.”

“We’re talking about ripping an unborn fetus, part by part, to cause death and create the abortion,” said Sen. Ryan Ferns, R-Ohio, who supported the veto override.

At committee meetings, doctors told lawmakers that dilation and evacuation is the safest way to terminate a pregnancy after 13 weeks.

“We’re saying now that the safest procedure cannot be used,” said Sen. Corey Palumbo, who opposed the override. “We’re requiring them to do the more dangerous, the more difficult and, sometimes, impossible procedure…

CHARLESTON, W.Va. — Fewer West Virginians are going to college. Total enrollment for all of the state’s public…
byBrian Canterbury 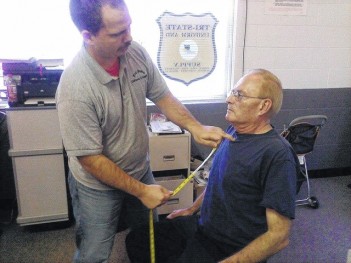 WEST LOGAN, W.Va. — A local law enforcement officer will be receiving a new and much appreciated piece…
byBrian Canterbury