PARKERSBURG, W.Va. — Wood County school officials want students concentrating on answering questions on the state’s new Smarter Balanced testing this spring, not trying to figure out how to input those answers on a computer.

Efforts are under way to familiarize kids with the assessment, which replaces the WESTEST this spring as the state’s standardized student achievement accountability exam. The goal is to ensure students’ knowledge is properly reflected, not obscured by struggles with the format of the test itself.

“Our focus is to make sure that all of the kids have a familiarity with the platform,” said Tammy McKnight, assistant director of federal programs for the district. “If a kid can’t take the test, physically take the test, then content’s not going to make a whole lot of difference.”

While the WESTEST was offered on computers last year, the Smarter Balanced format is significantly different, she said.

Most of the questions on the WESTEST were multiple choice, with students needing only to click the selected answer. Smarter Balanced will have sections in which children have to type in answers, drag and drop items to put them in the proper order, highlight answers and even construct a polygon, McKnight said.

“We find the kids like that better. It’s more engaging for them,” she said.

According to a release from Wood County Schools Superintendent John Flint, the tests are “designed for 21st century learning, which asks students to demonstrate their research, writing and problem-solving skills.”

They are aligned with the Common Core math and English standards adopted by the state in 2010.

The district has been upgrading its computer systems and adding broadband capabilities in preparation for the new exams. Some schools have done pilot tests with the new format, but it’s now being offered throughout the district since the new testing officially begins this spring.

“This is just to get you used to it,” Van Devender technology integration specialist Randi Tranquill told a group of 13 seventh-graders during a training session Wednesday. “I don’t want you to walk in here in May and not know what’s going on.”

Tranquill walked students through the login and setup process, warning them in advance of potential delays and technical glitches in the hope they wouldn’t be frustrated if these hiccups happened during the actual test.

The teacher-endorsed strategy of students skipping questions to which they don’t know the answers and returning to them later will be harder on this test. Instead, students must put in an answer, then click a button to “flag” the question to come back to later.

But as that work with teachers and students continues, changes are still being made to the exam itself at the state level. That can make it hard to keep up with, but Tranquill said she feels it’s ultimately for the best.

“I think they’re trying to make it more user-friendly,” she said.

The Smarter Balanced tests will be administered to third- through 11th-graders. Starting later this year, schools will be rated on an A-F letter grade scale, and the assessment will be a key element of those ratings, Flint said.

McKnight said ultimately this exam will provide more information than the WESTEST, reflecting a student’s growth, potential and college and career readiness, not just a simple score.

By PHIL KABLER Charleston Gazette-Mail CHARLESTON, W.Va. — In a month when the American Gaming Association is projecting…
byDon Smith 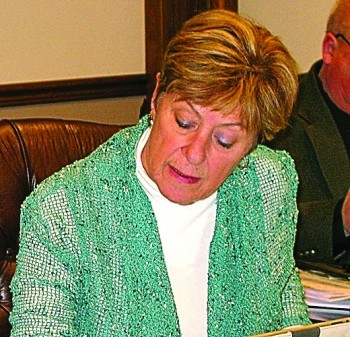 Ohio County board pays members to ‘phone in’

WHEELING, W.Va. — Ohio County Board of Education members are paid $160 for each meeting they attend, and…
byBrian Canterbury 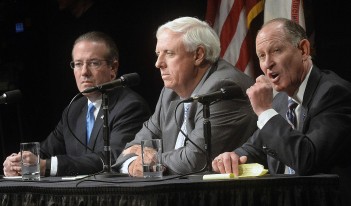 CHARLESTON, W.Va. — A new round of negative ads in West Virginia governor’s race has sharpened the Democratic candidates’…
byBrian Canterbury