WHEELING, W.Va. — The Laughlin Memorial Chapel family came together Monday to honor the memory of Tracy Daugherty and her two sons, Javon and Jadien, who suddenly lost their lives when a fire consumed their McColloch Street home last week.

More than 100 people were in attendance at the 18th Street facility, including members of the Wheeling Jesuit University men’s basketball team, as dozens of children and chapel supervisors held a 45-minute ceremony, followed by a balloon launch, with members of the victims’ family in attendance.

“The vision is to watch the balloons as they fade away,” Mason said.

Mason said the children attached messages to the balloons as a way to express their grief and help them cope following the loss of their classmates.

“We are also doing it to help support the family, to let them know they are loved through the chapel. … This is what they (the kids) wanted to do as a way of saying goodbye to their classmates,” said Mason, noting Javon and Jadien were Cub Scouts and students at the chapel’s afterschool programs. Tracy Daugherty attended the chapel during her elementary and high school years, as well.

Mason said in the days following last week’s fire he invited several area clergy members to talk with the children to help give them support. He said they gave the students a chance to express how they were feeling.

“Some of them needed a hug and some of them needed to cry — so we were there for them,” Mason said, adding the children expressed a desire to do something to help the family. “So all of last week they put this together. They made the posters (for a memorial) and thought about what they wanted to do, so they brought up the idea of the balloons.”

Mason said three candles set up at the memorial represents “those three beautiful souls,” and that their memory will burn on in their hearts and souls forever.

See more from The Intelligencer/Wheeling News-Register. 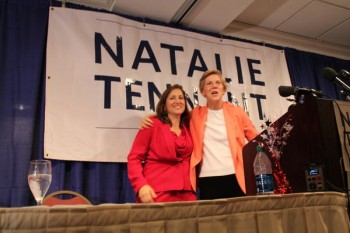 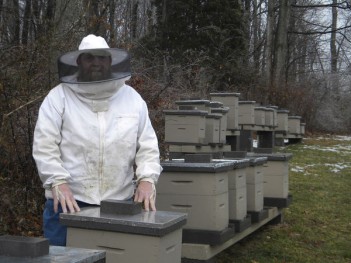 HEDGESVILLE, W.Va. — Some say that therapy can take all forms -even the honeybee. And thanks to the…
byBrian Canterbury

The Associated Press shares 10 things to know Wednesday, May 11

CHARLESTON, W.Va. — Teachers and other public employees are once again looking at cuts to their health insurance benefits…
byBrian Canterbury