CHARLESTON, W.Va. — West Virginia has the highest rate of ATV rider deaths on public roads according to a recent study.

The study, released Tuesday by the Insurance Institute for Highway Safety, looked at rider deaths on public roads from 2007 to 2011.

In that time, 1,700 riders died in crashes on public roads throughout the nation. West Virginia ranked No. 1 on the list with a death rate of 105 per 10 million, according to the news release by the Insurance Institute for Highway Safety.

When looking at the number of deaths, West Virginia was third at 96. Kentucky had the most at 122 and Pennsylvania ranked second at 97.

Only New Hampshire and the District of Columbia reported no crashes. 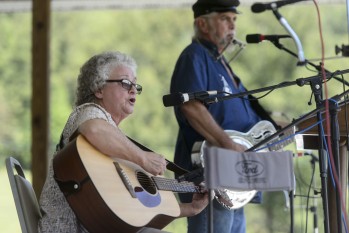 RACINE, W.Va. — The line of people stretched back 30 to 40 feet as they waited for a…
byBrian Canterbury