CHARLESTON, W.Va. — Republican leaders in West Virginia plan to elevate the Legislature’s energy committees to major-committee status, giving them more time to meet and more resources to use.

Though legislative leaders are hesitant to release many details on the upcoming session’s Republican agenda, officials said a focus on energy will be a major component.

As part of that focus, House Minority Leader Tim Armstead, R-Kanawha, who is expected to be chosen as Speaker of the House in January, and Sen. Bill Cole, R-Mercer, who likely will be selected as Senate President, have already agreed to elevate each chamber’s energy committees.

“I think it defies description that we haven’t already elevated energy,” Cole said Wednesday. “I can’t understand why we wouldn’t already have a focus on energy issues in a state that was built by coal.”

The change would mean the committees – one for the House and one for the Senate – would automatically meet during every interim session and would use the large House and Senate committee chambers. Both also would likely would gain full-time staffs to help legislators research issues and prepare bills.

Armstead said Wednesday the move also would show the Republican majorities in the two houses were placing serious emphasis on energy in the upcoming legislative session.

“We think that should be a priority for our state,” he said. “Certainly, with the war on coal and the opportunities in coal, oil and natural gas, we would be remiss if we didn’t emphasize that and work on those jobs in West Virginia.”

Cole said the committee would be focused on coal, oil and gas, as well as to a lesser extent on alternative energy sources being used and developed within the state, such as wind, water and solar power. Cole said while he believes development of those alternative energy sources are more the domain of federal authorities, he acknowledged they have already taken hold in some parts of West Virginia.

“We’re recognizing energy as critically important and we take seriously the roles we play in promoting the safety of those involved in the industry as well as protecting the environment, but doing so while protecting and promoting the industry,” he said. “It touches on economic development and job growth, but I’d like to see those stay within those committees.” 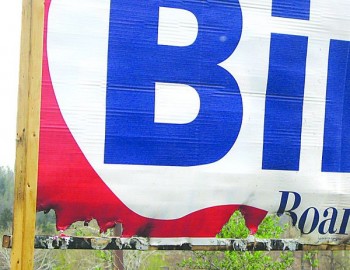 By PHIL KABLER Charleston Gazette-Mail CHARLESTON, W.Va. — In his first news conference in Charleston in more than…
byDon Smith