FAIRMONT, W.Va. — Members of the state Legislature learned more about workforce development being on the rise in North Central West Virginia thanks to a program provided by Pierpont Community & Technical College.

During a joint meeting Tuesday at the college between the West Virginia Legislature Committee on Education and Committee on Finance, delegates and senators learned firsthand how Pierpont’s Petroleum Technology Program gives students the skills needed to excel in the oil and gas industry.

Paul Schreffler, vice president for workforce at Pierpont, explained to state officials how the Petroleum Tech Program has grown in its first year. The program began in the fall of 2013.

Schreffler said gaining support from oil and gas companies like Noble Energy will help grow the program. School officials expect to at least double the number of students in the next year. To keep up with the demand, Schreffler said at least two more instructors will have to be hired.

Schreffler said the first graduation of the program will be held in May 2015.

Deborah Degner, with Noble Energy, told the legislators that after interviewing about 12 students from the Petroleum Technology Program for a summer internship, it was hard to narrow it down to just a few…

CHARLESTON, W.Va. — Next time the naysayers tell you your vote doesn’t mean anything, point to the Richwood mayoral…
byBrian Canterbury 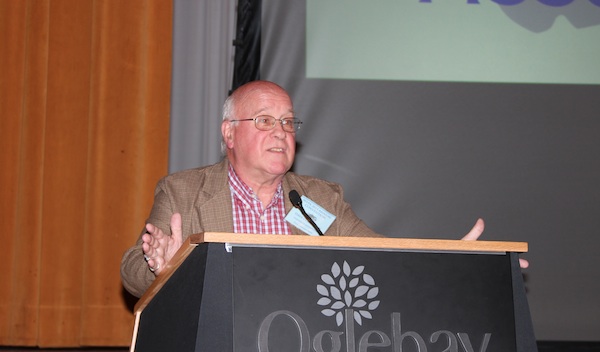 From the Past President Pen: The Power of Newspapers

From the Past President’s Pen By David Corcoran Dear WVPA Publishers and Editors, Almost once a week, I…
byDon Smith