W.Va. Coalfields Expressway is pushing ahead

BECKLEY, W.Va. — Although the state is seeing a lull in coal production, truckloads are being moved as the Coalfields Expressway is cut across a scenic trek between Slab Fork and Mullens.

West Virginia Division of Highways project manager Ali Sadeghian said selling the coal removed along the expressway was bid to contractors to help fund the roadway.

At this point, the portion of the expressway between Slab Fork and just outside of Mullens is about 38 percent complete, he said.

At Slab Fork, 7 miles have been graded and heavy machinery is hauling rock and moving coal to continue to clear the way.

Sadeghian said the final 2 miles into Mullens from the end of the four-way will be the first private highway contract in the state, and it slated to be let out for bidding on Dec. 4.

“This is the most important thing we’ve done since building the railroads in the 1900s. It will be the first four-lane road in McDowell County,” said Coalfields Expressway Authority President Michael Goode. “This is the answer for McDowell…

By TYLER JACKSON The Register-Herald BECKLEY, W.Va. — The beautiful landscape of West Virginia will lend itself to…
byDon Smith 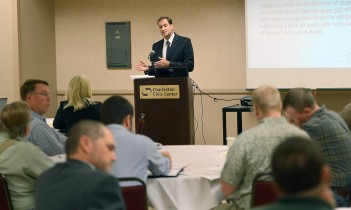