WHEELING, W.Va. — A part of toy history – valued at nearly $30,000 – was stolen Monday from the Kruger Street Toy and Train Museum, and now city police are asking the public for help in solving this crime.

According to a Wheeling Police Department report, someone broke into the museum at 144 Kruger St. early Monday. Once inside, the suspect broke into glass display cases and removed multiple toys, toy trains and accessories, valued in the tens of thousands of dollars.

A police investigator was called to the scene in an attempt to recover any evidence. Sgt. Greg McKenzie, investigations commander, said he hopes the uniqueness of the items stolen may generate information that may be useful.

“This investigation remains active,” he said.

A spokesman at the museum on Tuesday said they are working with the investigators but are not ready to release any additional details about the burglary. A description the stolen items had not yet been provided to police as of Tuesday morning. However, McKenzie believes a significant number of items were taken in the break-in.

“We are reaching out to anyone, up in Steubenville, all around, to let people know to look for the trains and toys but as of this morning we still don’t know exactly what was taken. We are waiting for that list from the museum. We don’t know if it was one person or several people but it was someone who knew the value of the trains,” McKenzie said. 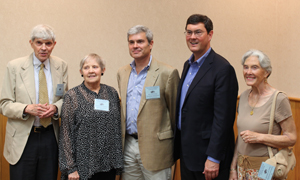 The Associated Press shares 10 things to know Thursday, May 7