CHARLESTON, W.Va. — Rep. Alex Mooney will have at least two Republican primary opponents in his quest for re-election in May.

“Washington is broken,” Savitt, the owner of The Mortgage Center in Martinsburg, said in announcing his run. “It won’t be fixed by professional politicians who are more interested in grand-standing and scoring political points off their opponents than they are in governing our country.”

Like Mooney, who, prior to moving to West Virginia held office in Maryland and began a congressional run there, Savitt has also run for office in another state.

In 2014, Savitt ran for the open House seat in Virginia’s 10th Congressional District, just across the border from Jefferson County. He raised about $7,000 for his campaign and contributed another $9,000 of his own money. He came in last in the six-person Republican primary, collecting less than 2 percent of the vote.

Reed, who filed papers with the state to run back in April, echoes similar themes to Savitt…

By JORDAN NELSON The Register-Herald BECKLEY, W.Va. — With the one-year anniversary of a 1,000-year flood in areas of…
byDon Smith

By RUSTY UDY The Register-Herald FAIRLEA, W.Va. — Less than one month after being elected Governor of West…
byDon Smith 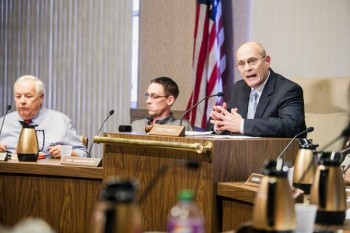 HUNTINGTON, W.Va. — Huntington City Councilman Scott Caserta was removed as chair of the body during a special…
byBrian Canterbury

VIENNA, W.Va. — The City of Vienna will officially go back on its own water today at 10…
byBrian Canterbury