CHARLESTON, W.Va. — The main chemical that leaked into the region’s Elk River drinking water supply might be much more toxic than has previously been reported, according to a new analysis made public Thursday by a researcher who has investigated the incident for the Tomblin administration.

A team led by environmental engineer Andrew Whelton found that Crude MCHM is much more harmful to aquatic life than was indicated by an earlier study performed by Eastman Chemical, which made MCHM and sold it to Freedom Industries, the company responsible for the Jan. 9 leak that contaminated the drinking water for 300,000 people in Charleston and surrounding counties.

The findings provide “no direct comparison” between aquatic life impact and potential human health effects but have “the potential to provide some critical insights into Crude MCHM’s toxicity” and highlights the need for more research, Whelton said.

“Seven different studies have been carried out that confirmed health impacts were caused by contaminated tap water exposure,” Whelton said. “When will the focus shift to dedicating resources needed to understand the short- and long-term effects of these exposures?”

Whelton, a University of South Alabama researcher, reported the preliminary findings Thursday in Atlanta at the annual conference of the National Association of County and City Health Officials. The study has not yet undergone peer review or been published in an academic journal, and a complete copy of the study was not made public.

The new research was not part of Whelton’s work for Gov. Earl Ray Tomblin’s West Virginia Testing Assessment Project, or WVTAP, but was funded by a National Science Foundation emergency grant that Whelton received after he and a team of students came to West Virginia in the weeks after the leak to test water supplies and assist residents…

Lethal mix of heroin turning up in West Virginia

CLARKSBURG, W.Va. — Police officials have confirmed that a deadly heroin batch mixed with fentanyl is in this…
byBrian Canterbury 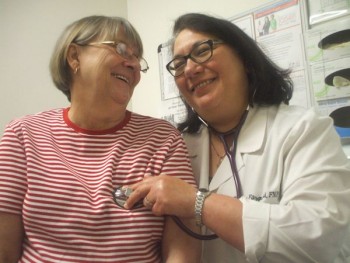 RANSON, W.Va. – Executive director Michele Goldman can’t help but smile when she talks about all that’s been…
byBrian Canterbury