BECKLEY, W.Va. — Mother Nature tried to take back the community of Odd Tuesday night. As far as the eye could see, trees were blown down, torn up and splintered by fierce winds. At one home, the wind picked up a couch and impaled it on a tree.

Late Wednesday morning, Raleigh County Commission President Dave Tolliver declared a state of emergency in the county based on the severe damage.

Raleigh Emergency Operations Service Acting Director Richard Filipek estimated that as many as 175 households in the southern part of the county were left without electricity, water and other utilities following the storm, which was reported about 10 p.m. Tuesday.

Appalachian Power crews worked to restore power, and as of 6:30 p.m., all Raleigh County outages had been repaired, while 565 customers in Mercer County were still dark.

Damage in the Spanishburg area of Mercer was severe and the National Weather Service Blacksburg, Va., office dispatched two meteorologists to survey the damage to determine if a tornado had touched down.

Back over in Raleigh County, workers from the divisions of Highway and Forestry removed debris and fallen trees from Odd Road.

No injuries were reported, Filipek said, but residents of Odd had no way in or out of the impacted area around noon Wednesday… 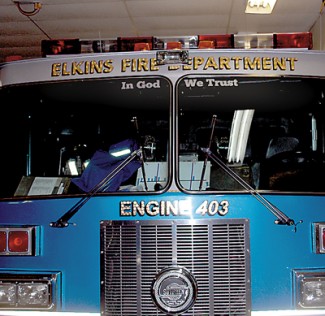 ELKINS, W.Va. — The Elkins Fire Department is showing their faith in a higher power by beginning a…
byBrian Canterbury

CHARLESTON, W.Va. — A plan to increase salaries and benefits for correctional officers and support staff in West…
byBrian Canterbury