Southern W.Va. gets half of tourism ad grants

BECKLEY, W.Va. — Area tourist attractions got a boost in their marketing line item Tuesday from the State Tourism Commission, which handed out $700,000 in grants that will put advertising on the airwaves, the Internet, direct mail and in newspapers.

More than half the grant dollars allocated in this round of funding ended up in southern West Virginia.

But future funding for tourist attractions is in trouble, as the state’s coffers have dwindled because of lower revenues from the gambling industry, which funds the Matching Advertising Partnership Program (MAPP).

Beckley Raleigh Convention and Visitors Bureau president and CEO Doug Maddy said those funds were formerly an automatic appropriation from video lottery profits. During the 2014 legislative session, as the governor and lawmakers tightened budget belts, MAPP was eliminated.

State Tourism Commission president Oshel Craigo, a longtime legislator and former chair of the Senate Committee on Finance, said Wednesday without advertising grants, some of the state’s small fairs and festivals will “go away.”

Craigo, however, is not going away.

“We’ll show up with our hat in our hand to (ask for more money),” he said. “It will depend on their mood and what they think is important at the time. We’ll see where it goes. I hope it’s not the end, but it could be.”

As a former legislator, Craigo said he’d first look at return on investment when perusing the budget. MAPP is less than 2 percent of one budget line item, he said. Taking that into consideration, as well as the impacts of the dollars spent, Craigo said money invested in tourism has a big return.

“In reality, it pays for itself,” he said…

MORGANTOWN, W.Va. — The American Red Cross will be on the Downtown Campus of West Virginia University…
byBrian Canterbury 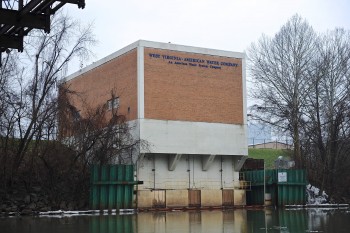