BECKLEY, W.Va. — A bi-annual bid process for passenger service out of Raleigh County Memorial Airport may leave the region in the lurch since United Airlines will no longer support “code share” from Beckley.

Airport manager Tom Cochran said Monday that the larger airline has “code share” with Silver Airways, the airline that flies from Raleigh Memorial. Code share allows passengers to buy one ticket for connecting flights with larger airlines and allows their luggage to be transferred, as well.

United denied code share out of Beckley and another airport in Pennsylvania, Cochran said.

“Every two years it’s an issue. You’re either in or you’re out or you’re fighting to get in and stay in,” he continued.

The Raleigh County Airport Authority asked for an extended bid process, Cochran said. But the next two bidders for the airport did not have code share with a larger airline, he said.

The federal Department of Transportation administers the Central Air Service Program bids for up to a dozen airports in the immediate area, Cochran said. The bids are reviewed and sent to each airport for a comment period, usually 15 to 20 days. After the comment period, the DOT makes the decision on who gets the bid, but the larger airline has the option to accept or deny the bid, as well.

Cochran explained that airlines flying from small regional airports must have either code share with a larger airline or a gate at a hub.

Funds are administered through the Federal Aviation Authority’s Essential Air Service program. Raleigh Memorial gets $2.3 million annually for its air service to a hub. Other airports — Clarksburg, Parkersburg and Lewisburg — receive the same type of subsidy funding through the FAA, Cochran said.

The bid cycle is now on a month-to-month time frame, he said.

Cochran said the authority asked that Silver stay in place until a new company can take over…. 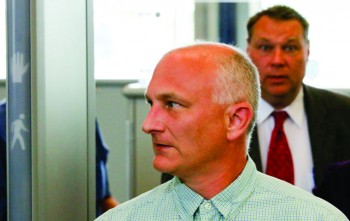