ST. CLAIRSVILLE, Ohio — Addiction to painkillers such as heroin, fentanyl and carfentanil continues sweeping through the U.S., regardless of socioeconomic status or geographic location, so a group of Senate Democrats and Republicans are joining forces in the effort to combat the opioid epidemic.

“We have a heroin and prescription drug epidemic in our country, and this crisis is being made worse by an influx of deadly synthetic drugs coming into our states from places like China and India,” Portman said.

According to the senators, this bill endeavors to stop synthetic drugs such as fentanyl and carfentanil from being shipped through U.S. borders. The Drug Enforcement Administration states fentanyl can be be 100 times more powerful than morphine.

Further, the DEA states that carfentanil, which can be 100 times more potent than fentanyl, is intended for tranquilizing elephants. A dose of only two milligrams of the drug can be deadly, the administration states.

The senators’ bill would require shipments from foreign countries through the U.S. Postal Service to provide electronic advance data–such as who and where it is coming from, who it’s going to, where it is going, and what’s in it–before the material can cross borders to enter the U.S.

The senators said some are taking advantages of weaknesses in mail security standards to ship these drugs.

“Ohioans have seen a sharp increase in levels of fentanyl, and the impact of this drug is devastating and has taken far too many lives,” said Jay McDonald, President of Ohio Fraternal Order of Police (FOP) and Vice President of National FOP. “Congress should pass the STOP Act and continue to work with law enforcement to better understand the day-to-day challenges of the opioid epidemic.”

“Drug-traffickers are lacing heroin with fentanyl and other synthetics that are up to 50 times more potent than heroin and 100 times more powerful than morphine, getting more people addicted and causing the recent spikes in overdoses that we have seen in Cincinnati, Toledo, Dayton, and towns all over Ohio,” Portman added.

Hassan served as governor of New Hampshire before her 2016 election to the Senate. She said more than 70 percent of confirmed drug overdose deaths in her state in 2016 involved fentanyl.

“The spread of fentanyl on our streets is exacerbating our heroin and opioid crisis, killing people faster with smaller amounts, and the importation of fentanyl through the postal system is making our efforts to combat this crisis more difficult,” Hassan said. “By requiring the U.S. Postal Service to meet the same standards as private companies when accepting international packages, we can help prevent these illegal drugs from crossing our borders.”

Rubio spent much of 2015 and 2016 traveling throughout the country as a Republican presidential candidate, ultimately placing third in the delegate count behind Sen. Ted Cruz, R-Texas, and the eventual party nominee, President Donald Trump.

“We know lethal synthetic drugs such as fentanyl and carfentanil are being shipped in from outside the U.S., and they are increasingly contributing to the devastating opioid abuse epidemic we are facing in Florida,” Rubio said. “From Palm Beach to Sarasota to Orlando to Pensacola, fatal overdoses attributable to heroin, fentanyl, and carfentanil are destroying families and communities.”

Klobuchar added she believes the infiltration of opioids from foreign lands must stop.

“Dangerous synthetic drugs that find their way into our communities from overseas through the postal system continue to claim the lives of teenagers and adults in Minnesota and across the country,” Klobuchar said. “Our new bipartisan legislation will give law enforcement the tools they need to help curb the trafficking of synthetic drugs and keep them out of the hands of our children.” 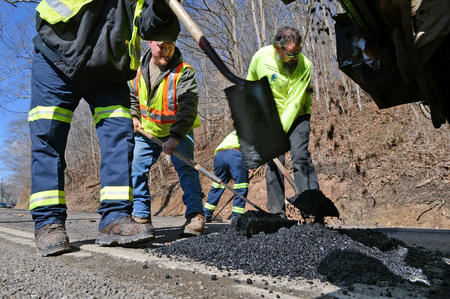 CHARLESTON, W.Va. — One of auto repairman Doug Hanshew’s customers recently was pulled over on suspicions of drunken…
byBrian Canterbury 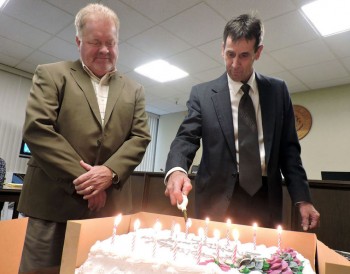 FAIRMONT, W.Va. — Wednesday marked the 173rd birthday for Marion County, which was celebrated with a reception following…
byBrian Canterbury 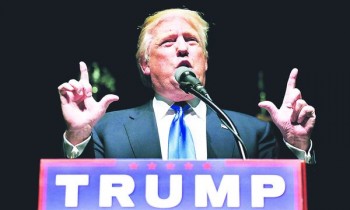 WHEELING, W.Va. — Donald Trump may not have been their first choice to be the next American president,…
byBrian Canterbury