Marshall students turn off their phones to get ‘A’s’

HUNTINGTON, W.Va. — Criminal justice 302 Research Methods students were challenged to turn their phones off for an entire week.

The students were required to turn their phones off from 4:00 p.m. Tuesday March 29 until this Tuesday at 4:00 p.m.

To prove to their professor Whitney Flesher their phones were off for an entire week, students had to turn their phones off in front of the professor and then back on the following Tuesday and show notifications rolling in.

Flesher said the goal was for the students to realize there is more to life than being engulfed with their phones and consistently checking social media.

“I had had it off for 20 minutes and just walking through campus and seeing that literally every single person was looking at their phone was surprising,” McNamara said.

McNamara said she had 318 texts and over 3,000 GroupMe notifications when she turned her phone back on… 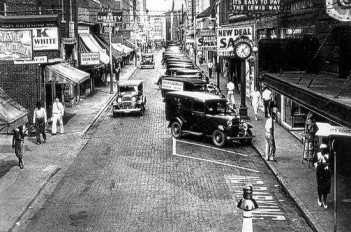 LOGAN, W.Va. — Coal Heritage Week in Logan has been a retrospective experience for many residents as classic…
byBrian Canterbury

WV chief justice says court budget up due to mandates

CHARLESTON, W.Va. — In a year when virtually every state agency and department is facing budget cuts, the state…
byBrian Canterbury

PARKERSBURG, W.Va. — West Virginia Attorney General Patrick Morrisey is confident the law is on the side of…
byBrian Canterbury