Students – mainly black – poured out of the White Pantry Inn on 4th Avenue after the owner lit sulfur cakes to force them to leave his restaurant.

The moment is captured forever on video. A young black girl falls to the ground gasping for air and is pulled up by two others.

David Trowbridge, associate professor of history at Marshall, is making sure that moment and other stories of Appalachia and the country are shared with his app Clio.

The Cabell County Public Library Wednesday afternoon hosted a special presentation on the development of Clio, a website and mobile application aimed at helping people connect to local history.

Clio was developed at Marshall University and has been featured in diverse publications and popular news outlets from PC Magazine to MTV News. Since its launch, Clio has grown to nearly 10,000 entries.

Trowbridge said he came up with the idea for Clio while walking around Indianapolis.

“It was my first time ever being there, and I was looking at all these monuments, but there wasn’t much information, then it was time for me to eat,” he said. “I pulled up my Yelp app and my phone’s telling me all the restaurants that are near me, all kinds of information about these places, and I thought there needs to be something like this for history.”

He tried to find someone else to develop it, but after the success of his first book, he decided to use that money to build it himself…

CHARLESTON, W.Va. — Will the third time be the charm for eliminating the personal property tax for businesses?…
byBrian Canterbury 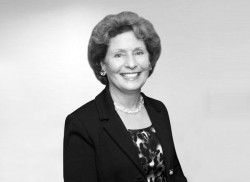 Shepherd University grad to be its next president

SHEPHERDSTOWN, W.Va. — For the first time in its 144-year history, Shepherd University will be led by a…
byBrian Canterbury