FAIRMONT, W.Va. — Marion County’s two circuit judges have asked to be recused from presiding over a $1.7 million civil lawsuit involving the Manchin family.

In a letter dated Aug. 4, Judge Michael Aloi wrote to the West Virginia Supreme Court, asking that he be recused and another judge assigned to the case. Aloi is first cousins with all three parties — Dr. John Manchin III is suing his two brothers, U.S. Sen. Joe Manchin III and Roch “Rock” Manchin.

In the letter, Aloi also asks that Judge David R. Janes be recused from the case because Dr. Manchin is his physician. In response to Aloi’s request, the Supreme Court has appointed Senior Status Judge Thomas W. Steptoe Jr. to preside over the lawsuit.

The suit involves funds that Dr. Manchin claims he gave to his brothers in the late 1980s so their carpet business could avoid bankruptcy.

Dr. Manchin, a doctor of osteopathic medicine and the owner of two medical clinics in Marion County, claims that not only have his brothers refused to pay him the $1.7 million they owe him, but that the two dissolved their partnership without his knowledge and that Dr. Manchin was misled to believe he would receive payments from a coal gob disposal project that the Manchins didn’t even have a legal interest in.

Dr. Manchin filed the suit in Marion County Circuit Court in late July and is suing his brothers for what the suit claims is breach of contract, civil conspiracy, constructive fraud, a violation of a partnership and failure to repay the money Dr. Manchin says he invested to help the family business avoid bankruptcy.

The suit says Dr. Manchin invested in excess of $1.7 million to help stabilize the family-owned Wholesale Carpet Outlet, all paid to the business’ primary creditor, Community Bank & Trust. The suit claims Sen. Manchin and Rock Manchin promised to repay Dr. Manchin everything he put into the partnership. Dr. Manchin says he has repeatedly requested that the senator and Rock Manchin repay him, and every time Dr. Manchin contacted his brothers, he claims they orally and in writing renewed agreements to repay their debt… 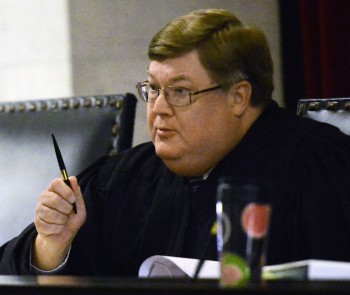 CHARLESTON, W.Va. — Supreme Court Justice Brent Benjamin’s re-election campaign has been certified for a total of $525,000 of…
byBrian Canterbury 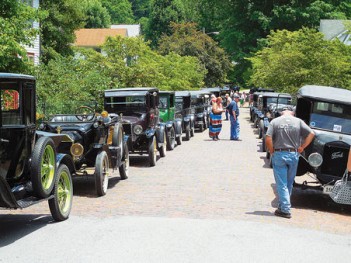