2 minute read
Mineral Daily News-Tribune photo by Richard Kerns Keyser Mayor Randy Amtower, left, uses a remote control to lower the suction tube into a storm drain on Saint Cloud Street Friday afternoon. The city’s new vacuum truck uses the “jetter spray” on the spool at the front of the truck to first dislodge line blockages, and then removes the material with the suction tube. Shown at the far right is Streets Supervisor Jim Hannas, while city worker Pete Holloway lowers the tube into the manhole.
Total
0
Shares
0
0
0

KEYSER, W.Va. — Mayor Randy Amtower rolled out the city’s new vacuum truck after last week’s heavy rains, working with a city street crew to clear sewer blockages that have been building up for years, creating overflows during storms.

The $278,000 vehicle, purchased with federal grant funds as part of the $11 million water system upgrade project ongoing in the city, features a powerful vacuum that works in tandem with an equally potent “jetter spray” to first dislodge and then remove compacted rock, leaves, trash and other items that flow into the city’s sewer system and eventually block the lines.

A heavy equipment operator at the NewPage paper mill, Amtower is currently the only one in city government licensed to drive and operate the big truck. He is going to train city workers on the vehicle, helping them to obtain the necessary Commercial Drivers License.

On Friday, the mayor joined Streets Supervisor Jim Hannas and other city workers to help clear lines that were overflowing in Thursday’s heavy rains. The truck was employed at a half-dozen locations around the community, including Maple Avenue, Potomac Drive, Chestnut Street and Saint Cloud Street.

The crew would first hit the blockages with the jetter spray, which features incredibly powerful water streams that both shoot forward at the blocking material, and shoot backward, propelling the heavy-duty conical nozzle directly into the blockage. With the material busted up, the crew then follows up with the vacuum hose, which sucks out the  loosened debris and deposits it in the truck’s storage tank – a little bigger than a cement mixer tank – for disposal at the city’s rubblefill.

While some residents have criticized the purchase of the truck, Amtower said the vehicle was able to accomplish in just one day what would have taken street crews weeks. Without the sprayer and vacuum, crews would have had little alternative but to enter the manholes themselves, dislodging and removing the blockages by hand… 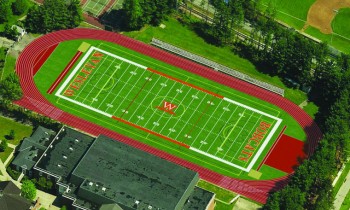 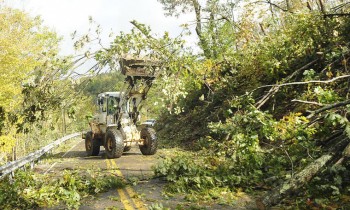