WHITE SULPHUR SPRINGS,W.Va. — Add basketball to the list of sports offerings at The Greenbrier.

Greenbrier owner Jim Justice has confirmed that the NBA’s New Orleans Pelicans will follow the path of the city’s football team and come to West Virginia for training camp.

“It’s a big deal for West Virginia, and we’re really excited about it,” said Justice. “We’ve been working hard on this, and we got a deal done.”

The idea started when the Saints first came to West Virginia last summer and Justice had talks with Saints general manager Mickey Loomis, who’s also the head of basketball operations for the Pelicans. Loomis mentioned the possibility, and Justice responded that The Greenbrier would be excited about the chance to bring another team to the Mountain State.

The talks continued throughout the winter, and they intensified last Friday when Pelicans head coach Alvin Gentry and general manager Dell Demps came to The Greenbrier Sports Performance Center to watch the Saints practice, while meeting with Justice and other Greenbrier officials.

“For the past two years, Mickey has raved about The Greenbrier and all it has to offer,” said Demps. “Coach Gentry and I visited The Greenbrier last week, and it is better than I could have ever imagined.”

The original plan was to hold practices at Greenbrier East High School, where Justice coaches both the girls and boys basketball teams, but Gentry was concerned about the stage that is close to the basket on one end of the floor.

“With those big guys going so hard to the glass, they had some injury concerns,” said Justice.

Additionally, the Pelicans wanted to have two NBA courts to use for practice. So Justice came up with the idea of getting two floors to put inside The Greenbrier’s indoor tennis facility… 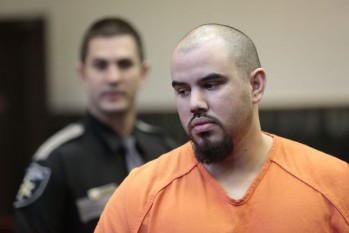