WHEELING, W.Va. — Wheeling Health Right would lose 40 percent of its yearly funding – about $400,000 – under the 2015 state budget proposed this month by Gov. Earl Ray Tomblin.

Tomblin’s proposal would reduce the overall funding to the clinics by at least half – from about $4 million to $2 million.

Chris Stadelman, communications director for Tomblin, said during the 2016 budget process, Tomblin reviewed proposals from all West Virginia agencies as a balanced budget was crafted for the upcoming year.

“This review did result in targeted reductions,” Stadelman said. “It’s important to note that through the expansion of Medicaid, insurance now covers many services such as preventive healthcare, acute care visits, lab work and x-rays that were historically provided by free clinics across the state. These clinics also can now bill for services they previously provided for free.

Nearly 150,000 people in West Virginia now have insurance as a result of Medicaid expansion, he said.

Health Right executive director Kathie Brown said the clinic has an annual budget of about $1.3 million, including both state funding of $1 million and additional donations to the agency.

She expects the clinic in Wheeling could continue to operate with a $400,000 reduction in state funding, but that “six or seven” of the other free clinics in West Virginia could close at the end of the fiscal year July 1 if the cuts are approved.

“It will be tough, but if we make cuts it will probably be in staff,” Brown said. “We provide strips for diabetes testing … but there will be a lot of things we will have to cut and watch. We have done a good job of tightening our belts, and we are in a good financial position. … Still, $400,000 out of our budget is a chunk of change.”

Brown said she and others who lead free clinics in West Virginia are asking their communities to contact their state lawmakers to voice their opposition to the cuts.

She also foresees local emergency rooms being overrun with patients if the cuts are implemented, as there is no federally funded healthcare center in the Ohio Valley that is required to take the uninsured.

“If the free clinics go away, we just can’t start them up again in another year,” she said. “It takes at least five years to get one up and going again. And in the Northern Panhandle, there is nothing for patients to fall back on. There is no federally qualified center.”

To generate funds to stop the free clinic cuts, Kessler is proposing raising the state’s cigarette tax by 50 cents from its current rate of 55 cents to $1.10 per pack. He said West Virginia’s cigarette tax would still be lower than that of Pennsylvania at $1.60 per pack, and Ohio at $1.20. 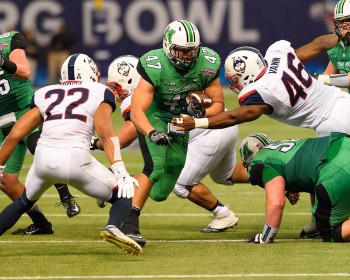