HUNTINGTON, W.Va. — The Cabell County Board of Education voted unanimously to approve 61 layoffs and 97 transfers for professional and service personnel during a meeting Tuesday night, though officials said they hope some of those positions can be recalled once the district’s financial situation is more clear.

While those in attendance said they understood that the reductions in force, or RIFs, were necessary because of the drop in state funding, they also expressed frustration with the situation.

“Staff realignment, particularly when it involves reductions in force, is not something the we would like to do … but we have statutory mandates that we must comply with and budgetary issues as well that we must factor in,” said Suzanne Oxley, board president. 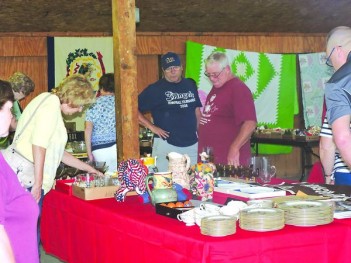 MOUNDSVILLE, W.Va. — Locals and travelers alike ventured to the Marshall County Fairgrounds on Tuesday for a chance…
byBrian Canterbury