The Associated Press shares 10 things to know Wednesday, May 7

Dorothy Abernathy, The Associated Press bureau chief for West Virginia and Virginia, shares the 10 things you need to know Wednesday, May 7, 2014. Look for full stories on these late-breaking news items, upcoming events and stories in West Virginia newspapers.

1. HOW GLOBAL WARMING IS IMPACTING THE US

A new federal report says that the effects of climate change in America range from heat waves to wild storms to longer allergy seasons.

The company has emerged as an e-commerce powerhouse that has been making more money than Amazon.com and eBay combined.

3. WHAT POLITICAL INSIDERS ARE WATCHING

A spate of springtime primaries in the U.S. pits the GOP establishment against tea party challengers in a state-by-state struggle for control of the Republican Party.

Finding the Nigerian teens is the immediate priority, Obama says — and dealing with the Boko Haram extremists is a close second.

It says 848 priests accused of raping and molesting children have been defrocked and another 2,572 given lesser sanctions over the past decade.

6. MONICA LEWINSKY SPEAKS OUT ON AFFAIR WITH CLINTON

The former White House intern, now 40, writes in Vanity Fair magazine that the relationship was consensual.

The book, scheduled for 2015, will cover his years at the Fed and his response to the economic crisis.

Drought-stricken California is considering costly and unusual engineering that would pump water uphill to communities with shortages.

After the twister wiped out most of Greensburg, Kansas, in 2007, the town seized the chance to rebuild from the ground up with the latest green technology.

Jimmy Ellis rose through the amateur ranks with Muhammad Ali in their hometown of Louisville, Ky., sparred with Ali, and lost to him in 12 rounds in 1971.

Release from the W.Va. House of Delegates Democrats: CHARLESTON, W.Va. — Democrat members of the West Virginia House of…
byDon Smith 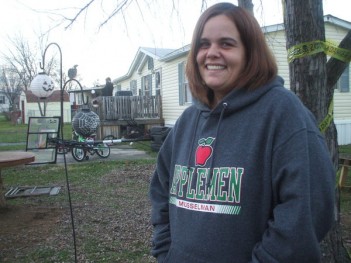