Dorothy Abernathy, regional media director of The Associated Press, shares 10 things you need to know Monday, March 21, 2016. Look for full stories on these late-breaking news items and much more in West Virginia newspapers.

1. HISTORIC MEETING ON TAP IN HAVANA

The sit-down between Obama and Raul Castro may offer critical clues about whether the U.S. president’s sharp U-turn in policy will pay lasting dividends.

The continuation of weapon launches is an apparent response to ongoing South Korea-U.S. military drills it sees as a provocation.

4. HOW THIS CAUCUS IS DIFFERENT FROM OTHERS

When the fighting is done against the Islamic State group, some in the military and government fear the forces will seek to dominate Iraq the way the Revolutionary Guard does Iran and Hezbollah does Lebanon.

The plan stirs up emotions among voters who live here with some saying it would divide Mexico and the U.S. and others who say nothing short of a wall will do.

The tech giant is expected to show off some new additions to the current family of iPhone and iPad devices.

In hopes of wooing students in an era of tight competition, colleges start to deliver small batches of acceptance letters in the style of a surprise television sweepstakes.

The actor is trying to win over fans skeptical of him playing the caped crusader in “Batman v Superman: Dawn of Justice” by putting a lot of physical effort into the role.

10. WHERE BASEBALL IS ALLOCATING ITS SALARIES

Major league teams have increased spending on younger players — led by Cuban prospects — but overall percentage of revenue going to players has been relatively stable for a decade. 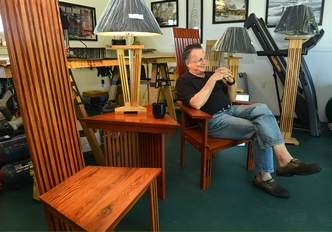 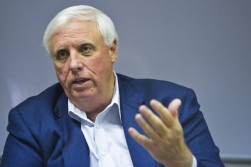 CHARLESTON, W.Va. — In a state with the nation’s highest unemployment rate, in the midst of round after…
byBrian Canterbury

Testimony heard, no decision made in Nicholas consolidation lawsuit