WEIRTON, W.Va. — Weirton Council, on Monday, officially began the process of enacting a new 1 percent sales tax for the city, also voting to reduce a portion of the city’s Business and Occupation Tax.

Council unanimously approved the first readings of both measures, offering little comment. The sales tax, which is part of the city’s Home Rule program and received approval from the state in September, is estimated to raise $1.56 million a year, according to the city’s Home Rule application.

The city’s application further states the revenue would be geared toward funding Weirton’s police and fire pension plans, infrastructure improvements and capital expenditures, as well as future economic development projects.

Under the state’s Home Rule regulations, if a city enacts such a sales tax, reductions must be made to its B&O tax.

Weirton Council’s decision Monday, if finalized, will remove the portion of the B&O on wholesale businesses operating in the city, which is estimated to bring in $21,000 per year.

Ward 7 Councilman Terry Weigel suggested the possibility of future reductions to the B&O once the city begins getting more concrete revenue numbers from the sales tax.

City Manager Travis Blosser said any additional cuts would be at the discretion of council.

“That is a conversation you all can have, and a decision you can make as a group,” Blosser said.

City officials previously have said the sales tax wouldn’t be in effect until at least July.

In other business, Weirton Council:

Approved 7-0, a resolution to place liens on the property at 123 Clara St. following its demolition

Approved 7-0, a resolution to continue its $25,000 annual support to the Business Development Corp. of the Northern Panhandle

Approved 7-0, a resolution for a contract providing consulting services to the city for medical/blood-borne pathogen requirements

Approved 7-0, a resolution to contribute $2,500 to the Brooke-Hancock Veterans’ Memorial Park

(Howell can be contacted at [email protected], and followed via Twitter @CHowellWDT)

To read more from the Weirton Daily Times, subscribe here. 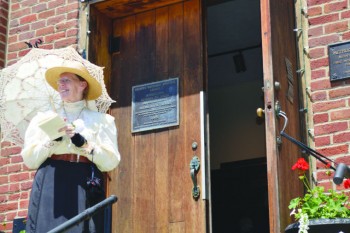 GRAFTON, W.Va. — Anna Jarvis would have been proud to see how Mother’s Day was celebrated Sunday afternoon…
byBrian Canterbury 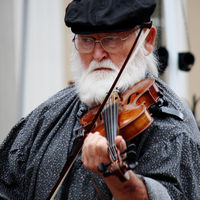 By HEATHER ZIEGLER The Intelligencer/Wheeling News-Register WHEELING, W.Va.  — When Shaini Faini was in high school, she wrote…
byDon Smith